The shocking video covered the moment a woman who committed paternity fraud was nabbed by her husband. 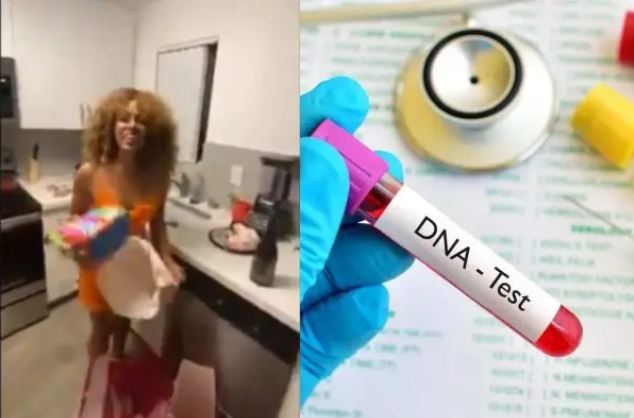 The moment a man ‘gifted’ his wife the DNA test result of their daughter, as a birthday gift is currently going viral on social media.

Twitter users are warning men to be cautious about women after watching the shocking video.

The shocking video covered the moment a woman who committed paternity fraud was nabbed by her husband.

DNA paternity testing is the use of DNA profiles to determine whether an individual is the biological parent of another individual.

Paternity testing can be especially important when the rights and duties of the father are in issue and a child’s paternity is in doubt.

In the video, a man presented a wrapped gift of the DNA test results of their daughter to his partner. The day being their daughter’s 3rd birthday, the lady was excited to receive the wrap as she didn’t know the content. She even anticipated that it could be a necklace or ticket for a trip to Dubai.

After excitedly unwrapping the gift, she discovered, to her greatest shock, that it was the a DNA test result of their daughter which shows that the man is not the father of their daughter and he knows she had been fooling him.

She goes on to deny cheating and tell the man that he should accept the girl as his daughter, despite the test proving otherwise.