A woman who survived the highly dreaded COVID-19 has told her story in this new interview. 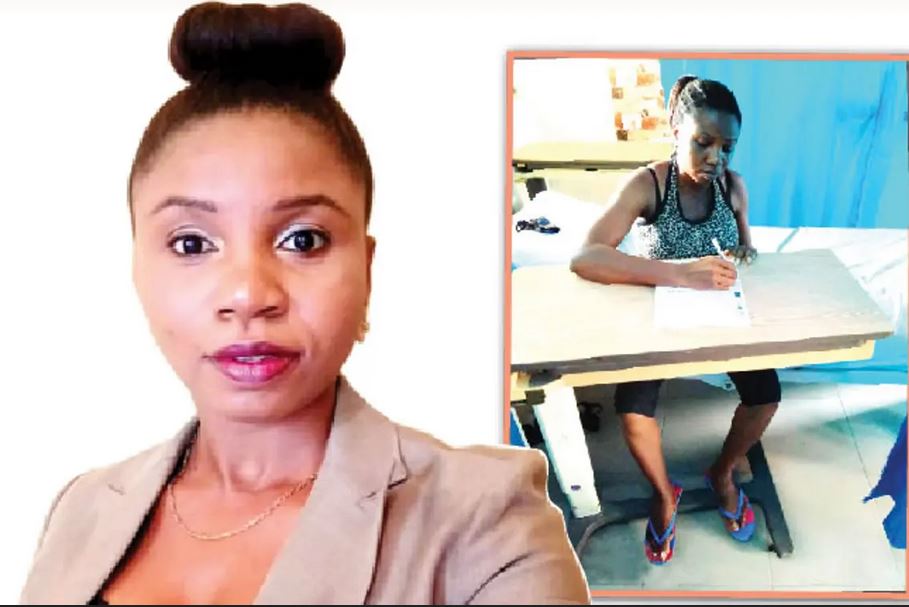 Thirty-five-year-old Lucy Okechukwu, a journalist based in Anambra State, shares her COVID-19 experience with DAYO OJERINDE

Did you go to any hospital when you felt unwell or went for a test?

My husband took ill two weeks before I started feeling unwell. He visited hospital and was given an anti-malaria drug. Even after his medication, he complained of extreme tiredness. Yes, I visited the same hospital, where we registered for the National Health Insurance Scheme, to complain about persistent headache, slight sore throat, fever, loss of appetite and extreme body weakness. Widal and malaria tests were conducted and the malaria test came back positive. I was given a dose of injection and anti-malaria drugs.

Three days into the medication, I lost the sense of taste and smell. Every food or edibles became tasteless, my environment was odourless, and I was still feeling unwell. Just about the same period, my husband also said he could not taste or smell anything. He called the doctor, who attended to me at the hospital, to complain and he advised that we come back for re-examination when I was done with the medication.

I was aware that loss of taste and smell were some of the symptoms of COVID-19 and when it lingered for another two days, we became worried. On the day, we were to present at the hospital for re-examination, the doctor called my husband that morning and asked that we go for COVID-19 test instead. I sought another opinion by calling Prof. Sunday Omilabu, a virologist at the Lagos University Teaching Hospital, and explained what was going on and he also advised we went for the test.

My husband called one of the state’s emergency health lines several times before they eventually picked the call and after a series of questions about our state of health, they asked us to come to their office for the test. Inserting that cotton stick in my nostril and throat was very irritating. After the test, they asked us to quarantine ourselves, while waiting for the results.

How long did the results take to come out?

We were tested on Thursday and were called up early on Sunday by Dr Chijioke, who announced that the results came back positive. He counselled us on the phone and asked that we pack our bags as they would be coming to pick us from our home to the isolation centre. The doctor said we would be on treatment for the following 10 to 14 days.

Did you travel out of the country or how did you contract the virus?

I did not travel to anywhere and honestly, I still cannot say how I got infected. I was working from home most of the time, but as a woman, I used to go to the market and sometimes I didn’t really wear the face mask because it made me dizzy and nauseous. My husband, a civil servant, went to work regularly and interacted with people too.

How did you feel when the results first came out that you were COVID-19 positive?

We suddenly became angry, quiet, afraid, sad and depressed. I was personally struck with the fear of death. The symptoms of fever and headache I was feeling then became worse. Really, I became too afraid to die.

Did you report yourself or how did you get to the isolation centre?

In order not to call the attention of our neighbours or raise suspicion, instead of coming to our house to pick us, we called the doctor to inform him that we would meet up with the ambulance at the junction on our street.

How were you able to come to terms with your COVID-19 status then?

When we entered the ambulance, they already picked two other patients and it was a quiet drive to Onitsha, where the Protective Care Centre was located. In Anambra State, they do not call the place an isolation centre. When we got there, we saw four other patients, who arrived earlier in the 12-bed ward. Two doctors, who wore PPE, addressed and encouraged us while emphasising that COVID-19 was not a death sentence. At that point, it dawned on us that we had COVID-19.

How did the isolation affect your work and family?

We only informed our siblings and no one else. They did not believe us until we did video calls and they saw where we were. I was with my gadgets and I was doing more of telephone calls, Zoom and webinar. My husband called in sick and said he needed to go and take care of himself.

Did your friends and neighbours know you were isolated? What’s their attitude towards you?

No, they did not know. We kept lying to them whenever they called that we had to travel to spend time with my grand mum; same with other patients, everyone kept lying on the phone about their whereabouts.

What sort of treatment were you given since there is no known cure?

I was curious so I asked the doctor, who handed us drugs every morning and night via the window. He said the pack of drugs contained hydroxychloroquine, zinc, vitamins D and C. He also explained that some patients with underlying health issues such as ulcer, diabetes and hypertension were given more drugs to manage their conditions. They said the drugs would help boost our immune system to fight the virus.

Were things easy with the other patients?

That was the most interesting part. A doctor came in every morning to take our vitals and check our health statuses, after which we were left with one another throughout the day. We bonded, shared our experience, prayed together and watched the television. There was constant power supply.

Tell us about your experience at the isolation centre and for those who still do not believe that COVID-19 exists, what pains did you suffer?

People are actually expecting to see patients looking sickly and frail before they will believe. I can understand because I did not totally believe it until it happened to me. People need to understand that there are different categories of patients – the asymptomatic, fully symptomatic and very severe patients.

The very severe cases were isolated in the Intensive Care Unit. We heard some were on drip or intubated. We could see some of their family members far off the building, waiting to see a doctor, whom they could ask about the health statuses of their loved ones. My case was not a severe one, because most of us in that particular isolation ward were asymptomatic patients.

I was feeling ill but after three days of treatment and checks, I personally felt better. Aside my sense of taste and smell, the headache, fever, sore throat and body weakness were gone. Other patients said they were responding to treatment too.

Did other members of your family get infected? If yes, who are they? If no, what did you do to make sure they were not infected?

It was just my husband and I. We both tested positive for COVID-19 and we strictly adhere to the health guidelines so that we do not get re-infected.

Tell us how you felt when your first negative test result came out?

I was very happy that I was out of the woods and happiest that I beat COVID-19. A second test was not conducted. The doctors said the first test was enough confirmation.

What has been your experience since you left the hospital?

Aside from my sense of taste and smell that is not 100 per cent back, I feel better and I have been extra cautious. I’m so married to my face mask and sanitizer. Since I told my story, many people who did not want to be known to have had COVID-19 have called to share their stories with me and salute my courage to speak up.

Some, who thought they had the symptoms but refused to go for test, called to ask me for the drugs and treatment protocol, while some called to enquire how much I was paid to put up such an act for NCDC. It is very funny.

For Nigerians who don’t believe COVID-19 exists, what advice do you have for them?

Believe it or not, COVID-19 is real! A cousin of one of the patients at the isolation centre refused to come in for treatment when his test came back positive. His case had become severe when they brought him in; we later heard that he died. This disease is spreading daily, because some people, who tested positive, refused to present themselves for treatment and some refused to go for tests. It is unfortunate that such people are helping to spread the disease and some people they will infect may not have strong immunity to survive the disease.

My advice is that people should stay safe by adhering to safety precautions, go for test when they feel the symptoms and present early for treatment.

Going forward, what are your plans? Do you want to become an advocate of COVID-19?

Having survived this dreaded virus, I want to be an advocate to convince many Nigerians, who are still living in denial, and see if more lives can be saved; the truth is, this disease is really killing people every day, but our people have a way of covering up the cause of death.