The suspect has been arrested for having canal knowledge of a 20-year-old girl with down syndrome. 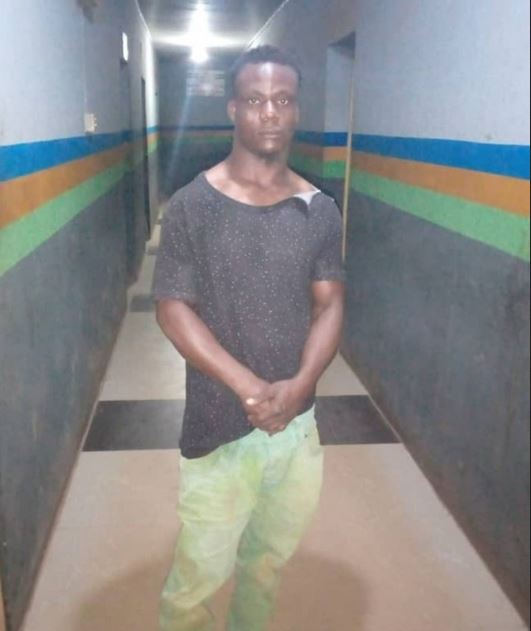 The Ogun state police command has apprehended a  24-year-old man identified as Godwin Akpan for reportedly raping a 20-year-old girl with Down Syndrome.

The victim was reportedly raped on Tuesday July 28, after her elder sister sent her on an errand close to the gate of their house in Ota, Ado-Odo/Ota Local Government Area of the state.

Ogun state police spokesperson, Abimbola Oyeyemi who confirmed the incident said the suspect was arrested following a complaint by the victim’s sister at the Sango Divisional Headquarters.

“The suspect, who is their close neighbour, forcefully dragged the victim to a room, where he had sex with her against her will.

“Upon the report, the DPO, Sango Ota, CSP Godwin Idehai, quickly detailed his detectives to the scene, where the suspect was promptly arrested.

“On interrogation, he confessed to the crime but claimed not to know what came over him that made him to do it.

“The victim has been taken to the general hospital for treatment.”