Toke Makinwa has sued the news outlet that broke the story that AMCON has taken over her Lagos home. 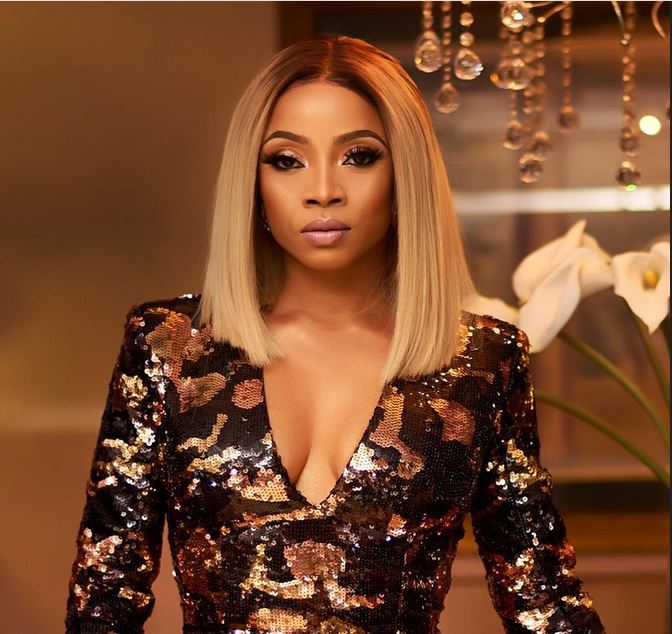 Popular Nigerian OAP, influencer and entrepreneur, Toke Makinwa has sued  Nigerian Telegraph which posted reports of her house being seized by AMCON.

A few days ago Toke Makinwa was in the news following a story that her Banana Island Mansion has been seized by AMCON over non payment of a loan by an alleged sponsor who gifted her the house.

According to the reports that circulated at the time, the house is owned by Lagos-based oil and gas businessman, Dr Festus Fadeyi, whose indebtedness to AMCON is over N240 billion.

The OAP, through her lawyers, has however sued news outlet Nigerian Telegraph for publishing the news before it went viral.

Her lawyers in their letter to the news company said Toke Makinwa could afford such luxurious mansion and she doesn’t have to depend on a man to have that as reported by the site.

They further stated that the OAP does not have any house in Banana Island, and the story was fabricated to stain her brand.

The publisher of the news outlet was however requested to tender an unreserved apology to the OAP on their platform and circulate same across social media, otherwise legal actions will be taken against them.

Toke Makinwa had earlier in a statement denied reports of her house being taken over by the debt recovery company, as she revealed she was the sole owner of the house she lives in.

“Ms. Toke’s is the sole owner of her residence in Ikoyi. Our lawyers have been contacted and legal action will be taken against the originators of this story. Kind Regards, Toke Makinwa’s Management.” the statement partly reads.