Tiwa Savage has opened up on why she named her third album, ‘Celia,’ after her own mother. 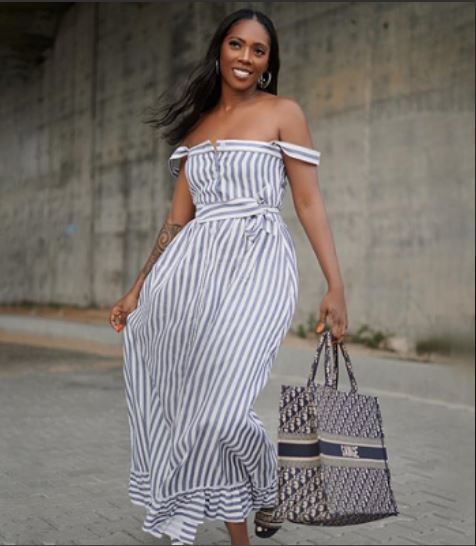 Singing sensation, Tiwa Savage, has revealed why her third album, ‘Celia,’ is named after her mother.

In a recent interview, the universal music artist said her mother’s contribution towards the achievement of her dream as an accomplished singer inspired the album.

The mother of one also added that the ‘Celia’ is not just to celebrate her mum but also the strong women across Africa and by extension, the world.

“It’s my mum’s name, my mum’s name is Celia. When I wanted to start music she got a lot of flap from like my family ‘she can’t go into music who will marry her? if she starts doing music. No! Who will marry her? She has to be a Doctor, lawyer, or whatever’, my mum was like No, if that’s what my daughter wants to do I’m going to support her, so she supported me,” she began.

Continuing, she said, “This album is about celebrating not just African women, just strong women in general and she (Celia) embodied that to me because she won against social pressure, family pressure to support me and it doesn’t get better than that for me as a woman. I wanted to celebrate African women because what we are doing now as young African women, we are not trying to abolish what our mothers fought for, we are just an extension of what they are”, Tiwa dropped.

Tiwa has released three singles from the forthcoming album, which she says will be released before the end of 2020.