Anita revealed that the only way a man could gain fast access to a Nigerian girl's heart is through money. 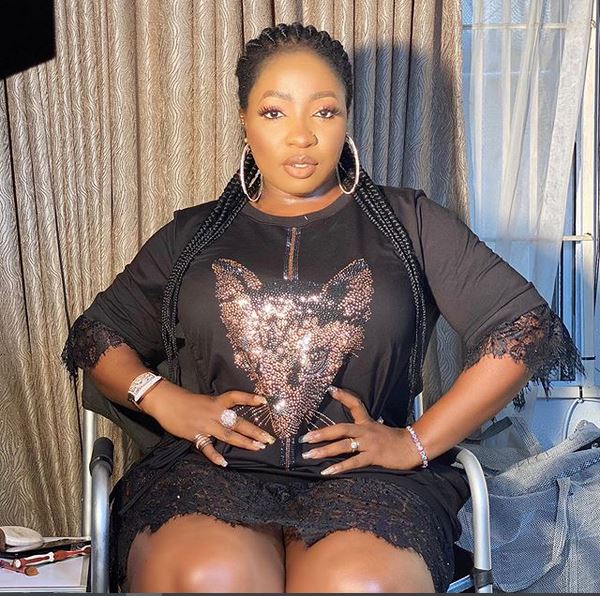 Popular Nollywood actress, Anita Joseph who has been dishing advice lately on relationships and marriages has stated that Nigerian girls will prefer money over flowers.

Speaking in a video she updated on her Instagram page, the actress revealed that this is the only way through which a man could gain fast access into a woman’s heart and so he should not waste his resources getting her flowers.

In a rather hilarious response to her post, one of her fans wrote that she doesn’t accept flowers either as that is meant for kids, but the only kind of flowers she accepts are the ones designed with money.

The controversial actress, of recent, has suddenly turned into a marriage counsellor overnight using her social media pages. She was recently under fire across the internet when she stated that a woman does not have the right to deny her husband sex, or accuse him of rape.

In a video she made with her hubby, the actress opined that a woman’s body is the food of her husband and should be ready for him whenever he needs to ”feed from it.” She says the only time she would frown at a husband is when he assaults his wife just to have sex with her.