A doctor has revealed why it is wrong to patronise baby factories after she shared a victim's experience. 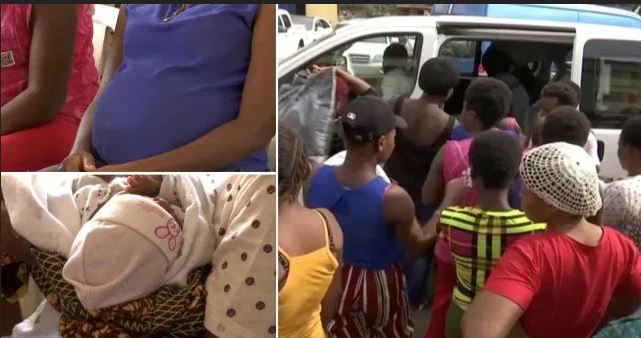 A Nigerian doctor has warned against patronizing baby factories in the name of miracle pregnancy as she shared an experience with a patient she met recently.

According to @Dr_Nwaneki, she met a couple who have been trying to have a child for 8 years but were referred to one "madam china" in Ozubulu, Anambra state. She revealed that the woman was placed on a monthly injection and warned not to go for scan.

Explaining what the baby factory owners were trying to achieve, the doctor wrote;

"Stop Patronizing Baby factories in the name of Miracle/Posterior/Hidden pregnancy! I met this lady in clinic some weeks ago. She complained she's not feeling her baby's kicks at all at 7 months. While taking history, I discovered she had been duped.

The couple had not been able to conceive for 8 years. So she was referred to one 'madam China' in Ozubulu Anambra State. She was charged an initial amount of 450k, to pay 350k when the process was over. She was placed on some monthly injections and warned not to go for scan.

After much probing, I did an ultrasound scan of her abdomen. When she saw her womb was empty, she went berserk. When she was done wailing, we counseled her and placed her on some meds to return her menses.

Here's what these criminals do: The moment you pay, the get one of their 'baby machines' pregnant. They pump you with hormones that block your menses and warn you not to go for scan elsewhere. The Hypnosis, fear and false hope messes your mind up, and your tummy begins to swell.

After 9 months, their factory must have delivered, they admit you for a Cesarean section, cut you open and close up without touching your womb. You go home with your bastard & they, their millions. Years later, failed DNA tests will crash your home. Be wise! RT!" 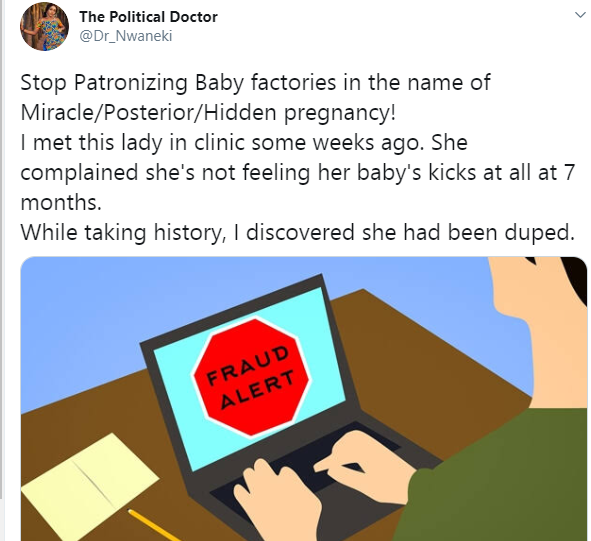