Maheeda made this remark while responding to questions from fans after she announced that she has embraced Christianity. 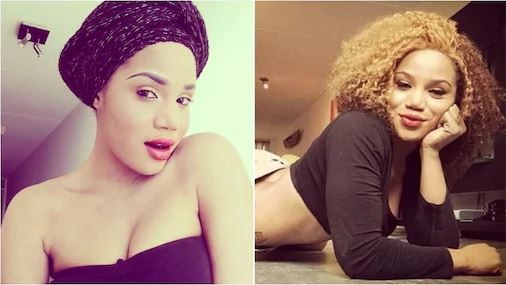 Caroline Sam, the controversial Nigerian singer known as Maheeda, is not ready to delete her naked videos on pornographic sites even after turning a new leaf.

Maheeda made this remark while responding to questions from fans after she announced that she has embraced Christianity and shun her controversial and raunchy lifestyle.

She responded by saying, “I don’t have the power to put it down, because it is beautiful to have your mess around while your message is still going around so I might not delete them.

"I was kind of forced into deleting the one on my page, I would have also left it because you’re both, people have to accept their past and present that it will work for them for good and you trying to cover your past, delete your past, it doesn’t make sense, people will not get your story well enough if you delete all your past, a lot of these top rich people, we have the Dangote, we have the Buhari, if they can tell you their past, you will be able to learn how they succeeded to that level.

"So I believe that people seeing my past and now my present will enable them to know where I come from so I wouldn’t want to delete it”.