A marriage proposal turned ugly when the woman in question refused to accept her man in public. 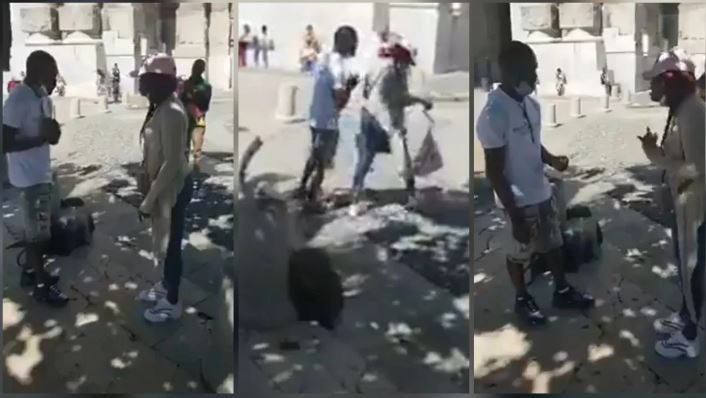 The moment the lady rejected her boyfriend's proposal in public
A Nigerian Lady has left her boyfriend embarrassed by rejecting his Marriage proposal in public.
It was gathered that the lady rejected her boyfriend because he didn’t kneel down to propose.
In the video, the man can be seen standing as he proposed to the girl who blatantly refused to accept the ring.
This degenerated into a fierce exchange of words, while the man kept shouting "But I Love you"
The person who filmed the video is heard saying “Kneel Down and Propose to her”
From what happened in the video, it was clear the lady rejected him for not kneeling the traditional way to propose.
The incident left observers really shocked.
Watch video below: