The consequences of the accused offence were contained in the two-count charge in Charge No: OMC/118C/2020. 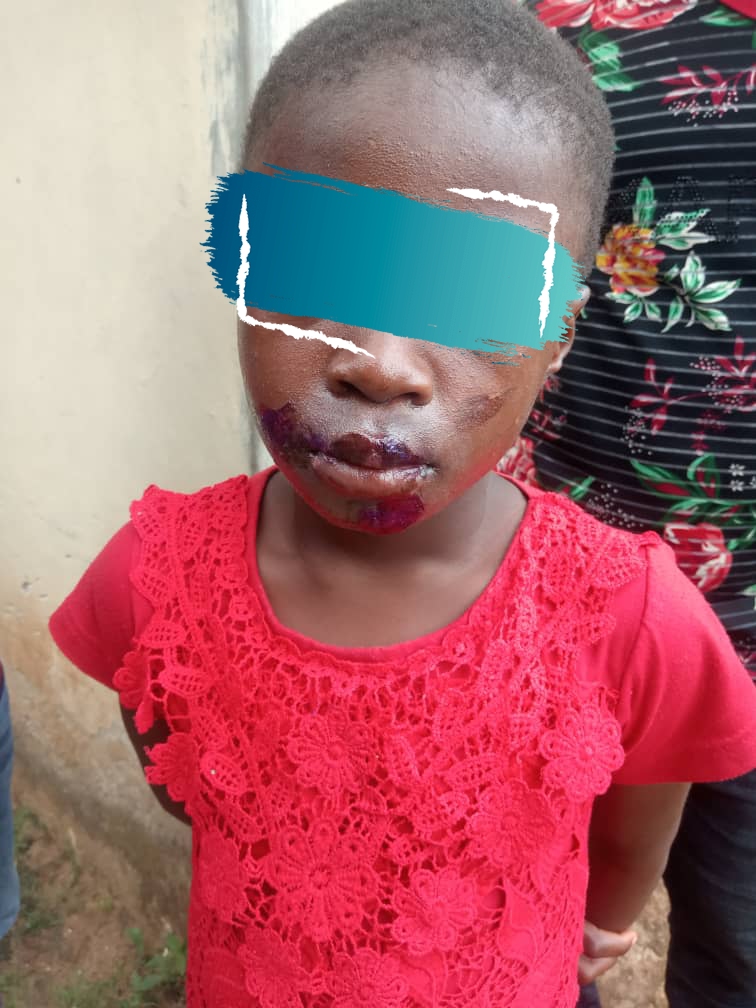 Mrs Precious Joseph, a police officer’s wife, has been jailed for two years without an option of fine for violently abusing her nine-year-old housemaid, Miss Agatha Emmanuel, at the Okwe area of Asaba in Delta State, TheGuardian reports.

In a ruling delivered by Magistrate P.O. Obayuwana, of Court 11 in the Okwe Magisterial District, Delta State on Monday, August 3, 2020, the 31-year-old Mrs Precious Joseph was jailed two years for using a hot kitchen knife to disfigure her victim’s mouth.

The consequences of the accused offence were contained in the two-count charge in Charge No: OMC/118C/2020:

“That you Precious Joseph ‘f’ on 31st day of July 2020 at Iyasele Street, Okwe, in Okwe Magisterial District did unlawfully assaulted one Agatha Emmanuel ‘f’ by causing her harm with hot knife on her mouth and thereby committed an offence punishable under Section 355 of the Criminal Code Law, Cap C21 vol.1 Laws of Delta State of Nigeria 2006.”

Also in Count 11: “That you Precious Joseph ‘f’ on the same date, time and place in the aforementioned Magisterial District, did threaten violence with a kitchen knife on Agatha Emmanuel ‘f’ and thereby committed an offence punishable under Section 86 (2) of the Criminal Code Law Cap C21 vol.1 Laws of Delta State of Nigeria 2006.”

The Chief Magistrate, therefore, ruled that Mrs Joseph be sentenced to two years in prison without an option of fine for abusing her victim, Agatha Emmanuel and inflicting bodily injuries on her.

The case of child abuse was reported at the B Division Police Station at Okwe by a neighbour, Mr Simeon Morba, who saw the deep injury on Agatha’s mouth while fetching water that same morning. On enquiry, he was told it was her aunt that inflicted it on her.

Mr. Morba then went to ask Mrs. Joseph why she did that but instead was resisted with a fight which prompted him to hurry to the police station to report the matter.

From the accused’s statement obtained from the police charge file, Mrs. Joseph stated that she burnt Agatha’s mouth because she took meat from the pot of soup against her warning that she should not take meat when eating.