A little mouse has been spotted by viewers running around the Big Brother Naija house. 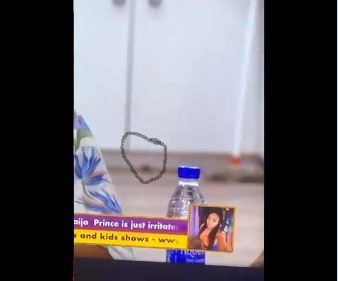 Rat spotted running around BBNaija house
A video has emerged showing the moment what appeared to be a mouse was seen running around the Big Brother Naija house.
The video has since become a talking issue on social media.
Viewers were shocked when the mouse was spotted running around the Big Brother house many thought was flawless.
The mouse was spotted running past the dinning room while housemate, Vee and some other housemates were having their meal.
As can be seen in the video, the camera focuses on Vee, with the background blurred but a visible quick living thing dashes past her and in a movement so swift that it could only be considered a rodent.
Watch video below:

There is a rat living in that house???? Lord!!! #BBNaija pic.twitter.com/oFtRZ5tNgb