The drivers who were on contract employment with one of the new generation banks in Enugu, have spoken about the incident. 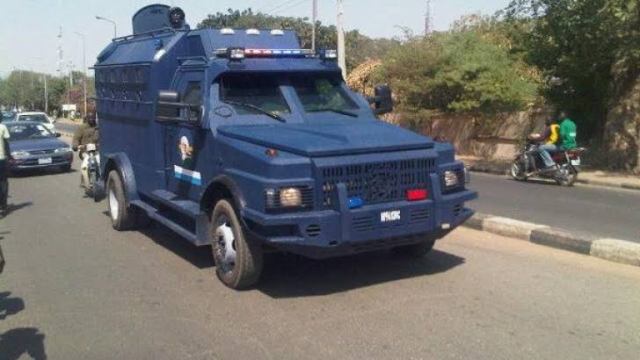 According to The PUNCH, the two drivers of the bullion van conveying money from Enugu State to Abakaliki, the Ebonyi State capital, last week, which was attacked by four armed robbers, on Thursday narrated how they escaped from the robbers with the van.

Recall that four policemen died in the incident.

The  drivers (names withheld for security purposes), who were on contract employment with one of the new generation banks in Enugu, said the going was smooth until they arrived at Ezzamgbo Junction, in the Ohaukwu Local Government Area of Ebonyi State.

One of them said, “Hell was suddenly let loose as bullets started flying from all corners. The bandits were stationed at the point where a flyover is currently being erected by the Ebonyi state government. The next thing we saw was the bodies of the police escorts in the police van that was leading the convoy dropping one after another on the road.

“My colleague urged me to be careful not to run over any of them in case any of them was still alive. I did exactly as he suggested and maneuvered the bullion van through the bodies on the road.

“One of them shot at the van at close range but the bulletproof windscreen didn’t give in. So they started shooting at the tyres and got one of the back tyres which deflated instantly.

“I had not choice than to continue without one tyre and was moving at 60km per hour. I didn’t allow any vehicle to overtake me until I got to Abakaliki, where met three police checkpoints and I alerted them.”

They explained that the robbers focused more on the police escorts, than the bullion van.