A man has been tied and sent back to his family after he abandoned his children for 6 years. 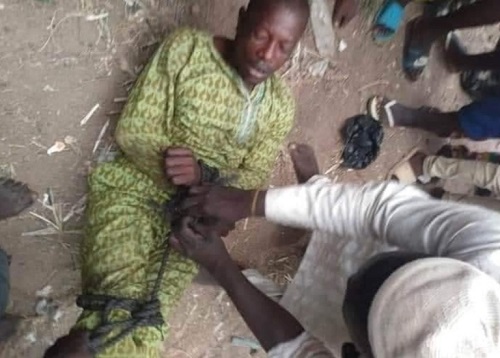 The man was tied and sent back to his family after abandoning them for 6 years
A man who abandoned his wife and children for six years in search of greener pastures has been tied up and sent back to his people.
The report was made public by a Twitter user with the handle @Ekwulu.
The social media user claimed that the man left his wife, children, and aged parents for six years in search of greener pasture in the western part of Nigeria.
He claimed that since he left, the man hasn’t been able to send any money to his family.
He was recently spotted at a livestock market in Abeokuta by a family member, who then tied him up and sent him back home via a truck.
See photos below. 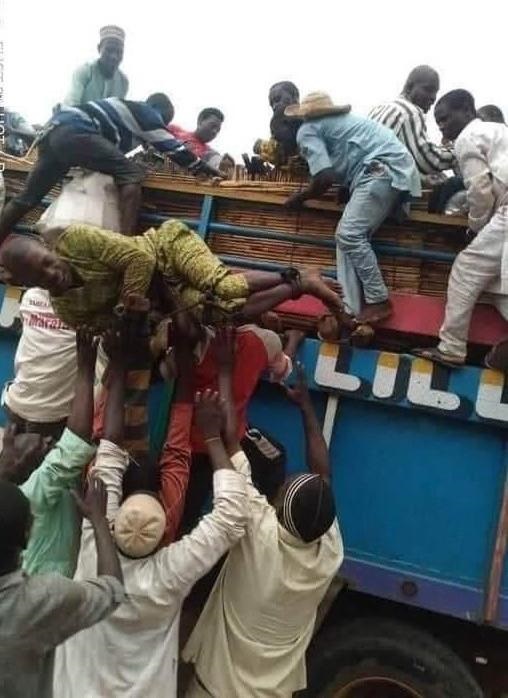 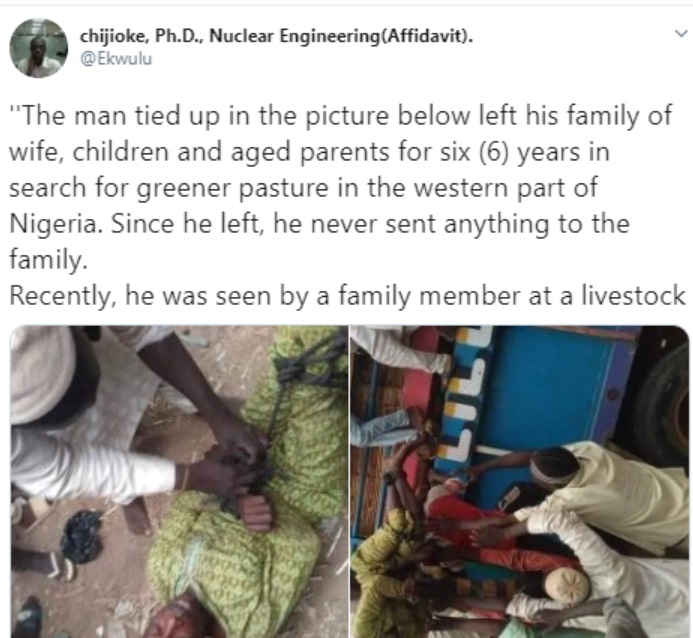