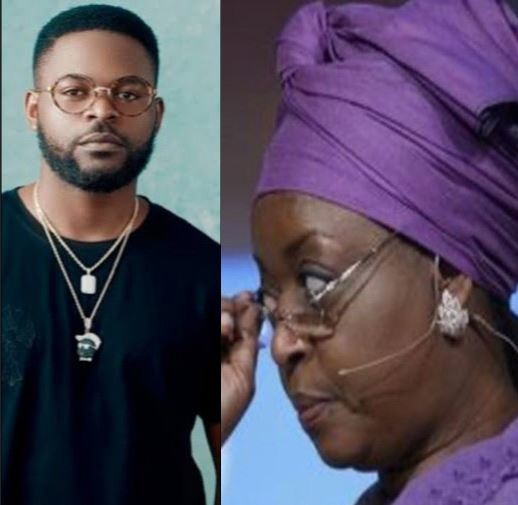 Diezani said while delivering a lecture at a virtual event: "The ones that have swag, the Yahoo Yahoo boys as my son would say; these in short, are the role models they are looking at. These are the ones that reinforce negative societal norms and values."

Nigerians felt she has no moral standing to criticize internet fraudsters, considering that she has been accused of financial fraud allegedly committed while she served as a Minister under the Goodluck Jonathan administration.

A number of people called Diezani out and singer Falz weighed in.

He shared a photo of the former Minster and wrote: " You are on the run but your mouth still dey run. Who be Yahoo Yahoo girl if no be you?" 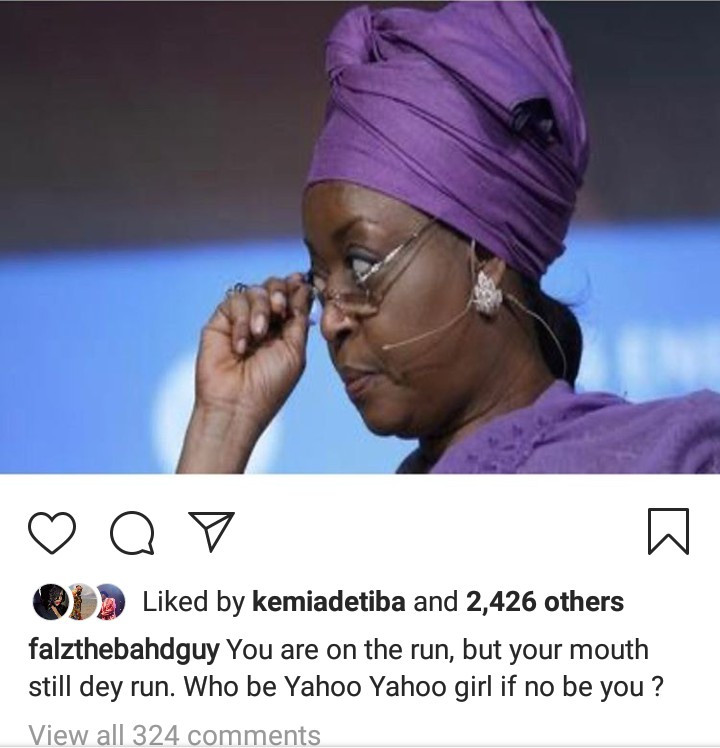