Fayose said he is praying for God to give him the chance of becoming the President of the country so he can send the former president back to jail. 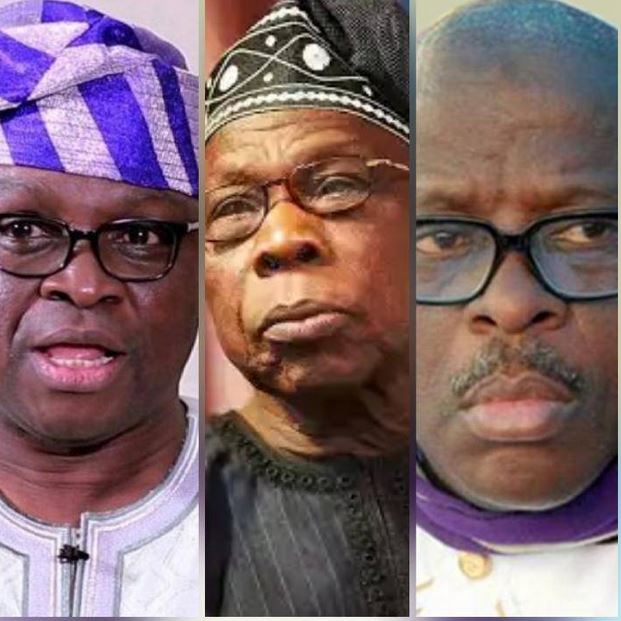 Ayodele Fayose, an ex-governor of Ekiti State has pledged to send former president, Olusegun Obasanjo back to jail if he ever becomes the president of Nigeria.

Kashamu, a former Ogun senator and Peoples Democratic Party chieftain, died on Saturday after battling with COVID-19 for more than two weeks at the First Cardiology Consultants Hospital in Lagos

Obasanjo, in his condolence message to Ogun State Government, said while Kashamu’s death was “sad”, his life and history left “lessons for those of all us on this side of the veil.”

Fayose in his reaction to Obasanjo’s statement said it was “regrettable that Obasanjo could say what he said about Buruji Kashamu after his death and when he can no longer question him.”

“Can Obasanjo say in good conscience that he did not at some point collaborated with Kashamu and most of the things he (Kashamu) did politically were not with his collaboration,” Fayose said in a series of tweets on Sunday.

Obasanjo in his reaction to the criticism stated that people can mourn him the way they like after his death.

He asked Nigerians criticising him over his comments on Kashamu to learn from the lives of the deceased and live well.

Fayose in a recent television interview  stated that he is praying one day God will give him the chance of becoming the President of the country and he will send the former president of Nigeria back to prison.

I’ll send Obasanjo to jail when I become President of this country - Fayose pic.twitter.com/CLaAJSnHHO