A man has been dealt with severely after his phone was used to send a message to the Ooni of ife. 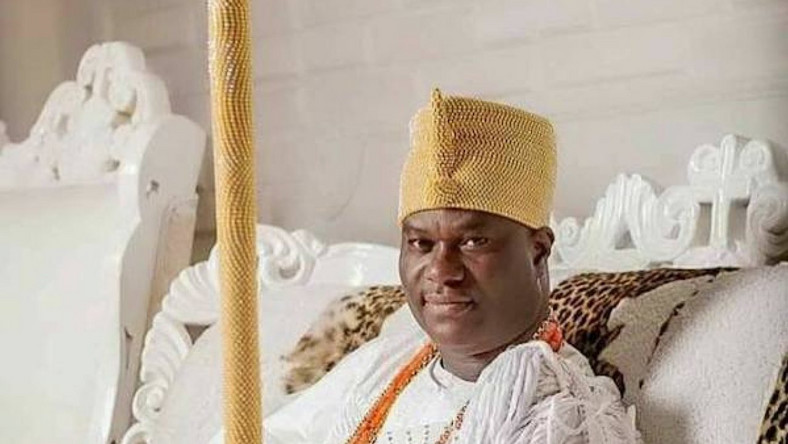 Ooni of ife
A tricycle rider named Lawal Moshood has been arrested and detained for weeks after the previous owner of the mobile phone he is using sent a text message to the Ooni of Ife, Oba Adeyeye Enitan Ogunwusi, Ojaja II, through a different SIM card.
SaharaReporters gathered that Moshood was arrested in Ijebu-Ode, Ogun State, on the orders of the Ooni of Ife some weeks ago and has been kept in a DSS cell in Osogbo, Osun State.
Narrating Moshood’s ordeal, Olawale Bakare widely known as Mandate and one of the recently arrested and detained #RevolutionNow protesters in Osogbo released last weekend, said that the DSS operatives did not see the SIM used to send the message to the monarch yet arrested and had kept him in detention since that period.
He said the young man had been denied access to a lawyer or his family members since he was picked up from Ijebu-Ode by the secret police.
Shedding more light into the incident, another activist, Ifemosu Michael Adewale, in a post on Twitter said, “I have information at my disposal that @OoniAdimulaIfe ordered the arrest of one Lawal Moshood who has been in DSS detention in Osun State for the past few weeks.
“Lawal was arrested in Ijebu-Ode on the basis that the phone he uses was used by someone before with a different SIM card to send a message to Ooni.
“They never saw that very SIM in his phone but are keeping him till he says what they want to hear.
“Who would have thought that our highly respected king ‪@OoniAdimulaIfe will order the arrest of a young tricycle rider from Ogun State where he lives and dumped at the facility of the DSS in Osun State without charges and access to legal representation?”
Calls put across to the Chief Press Secretary to the monarch, Moses Olafare, over the issue were not answered nor returned as at the time of this report.
Top Stories