The new mother’s friend, Odunayo Olupona, took to Facebook to disclose that Funmi welcomed her babies despite the long wait. 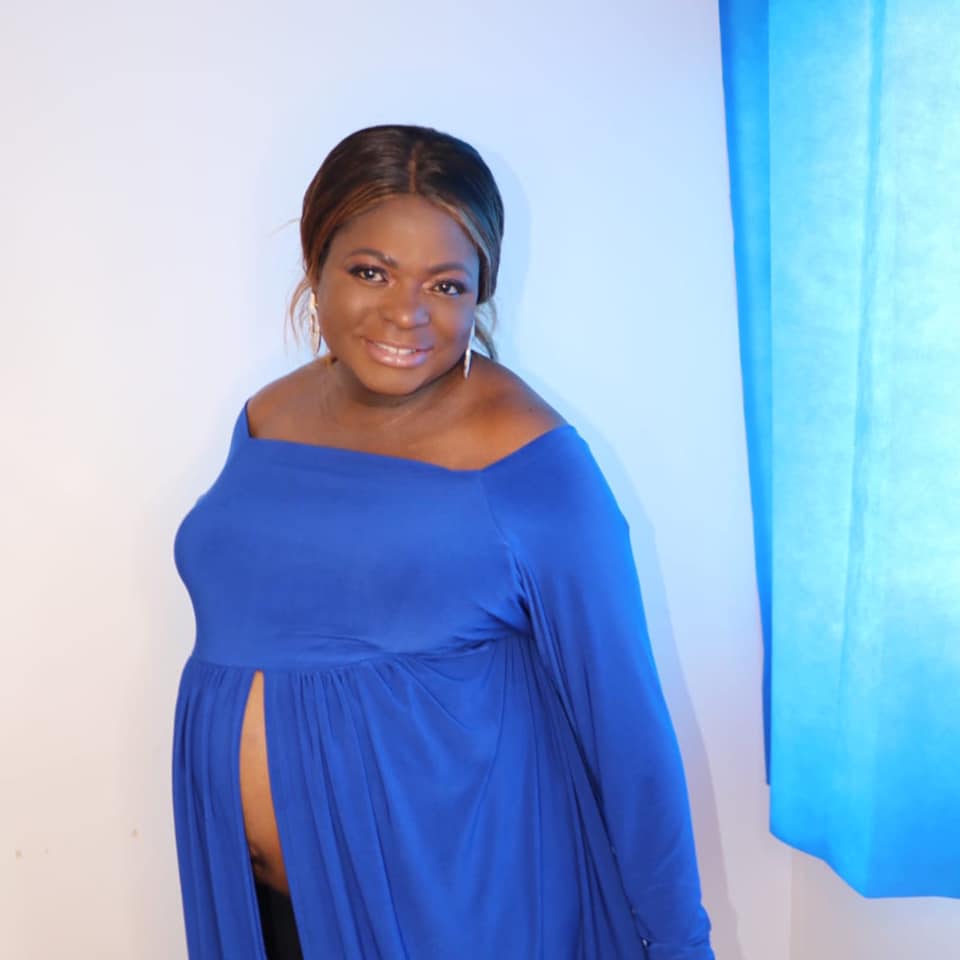 Funmi Ajagbe, a 54-year old Nigerian woman, has given birth to a set of triplets with her first pregnancy, a thing that does not usually happen.

The new mother’s friend, Odunayo Olupona, took to Facebook to disclose that Funmi welcomed her babies despite the long wait.

In her post on Tuesday, August 11, she posed a rhetorical question, asking: "Is there anything too hard for God to do?" as she emphasised with Yoruba praise words how great He is.

She said that the newborns are all same gender, boys. Odunayo said her case is a perfect example that no matter how rough the road is, joy always comes at last. 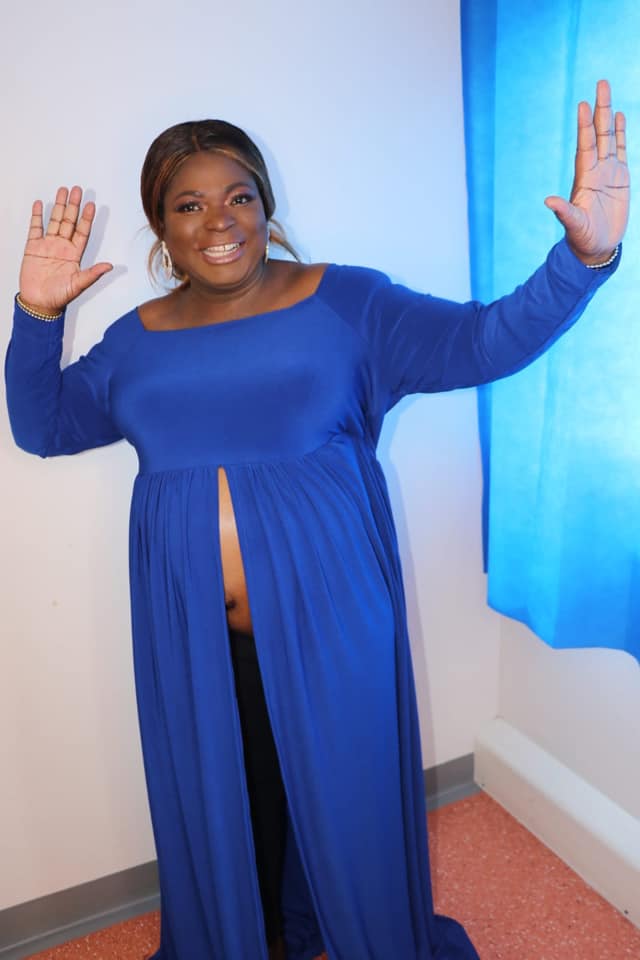 The friend added not only has God given her extraordinary gifts with the babies, but her name has also changed. 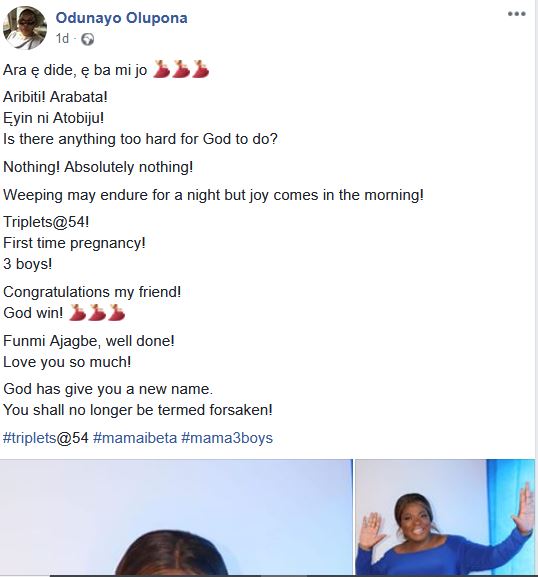