A young armed robber has confessed to the crime begging police officers to end his life. 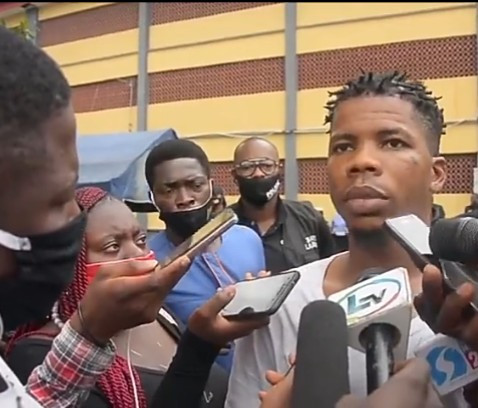 Adeniyi Ajayi
A Nigerian man Adeniyi Ajayi, who confessed that he is an armed robber and a rapist has explained in a video that he should be killed.
The man admitted that he breaks into homes to rob and he sometimes rapes his female victims in their homes after robbing them.
He said he has only raped three women, one a wife and another a house help. He denied the report that he has raped up to 30 women.
The Lagos State indigene said he became worse after he came out of prison. He stated that he went to prison earlier after he stole a phone. While in prison, some other prisoners there asked him to join their gang when he is released.
According to Ajayi, upon his release, he tried to make a decent living but no one would help him so he decided to go back to a life of crime.
He said he became worse and started carrying guns.
He suggested that the police should "waste" him because he doesn't want to keep causing problems for Nigeria. He added that he's suggesting that because from his past experience, he knows that he'll be worse when he returns from prison.
When asked what he means by "waste", he said he means they should kill him.
Watch the video below: