The relationship between Erica and Kiddwaya seems to be getting more intense after the two were caught expressing love. 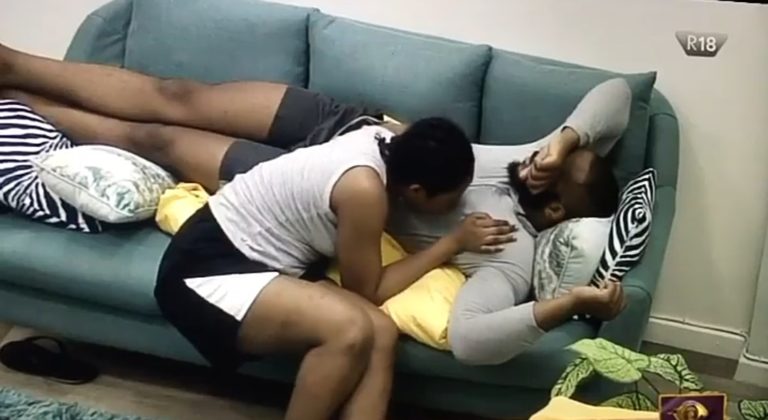 Kiddwaya and Erica
Big Brother Naija housemate, Kiddwaya and Erica were recently spotted having a nice time at the HOH lounge.
The two were caught discussing about their affection towards each other and how it all started.
Erica revealed her feelings for him became stronger after they made out on Saturday night. She said although it wasn’t planned, she just couldn’t hold back herself.
During their discussion however, Erica was seen running her lips down his nipples while Kiddwaya blushed and laughed in excitement. They also locked lips severally as Kidd talked about her smile.
Watch the video below:
Top Stories