According to Akagha, his late fiancée was a nurse at Lagos-based First Consultants Medical Centre, where Sawyer, an Ebola-positive Liberian diplomat, had visited when he arrived in Nigeria in July 2014. 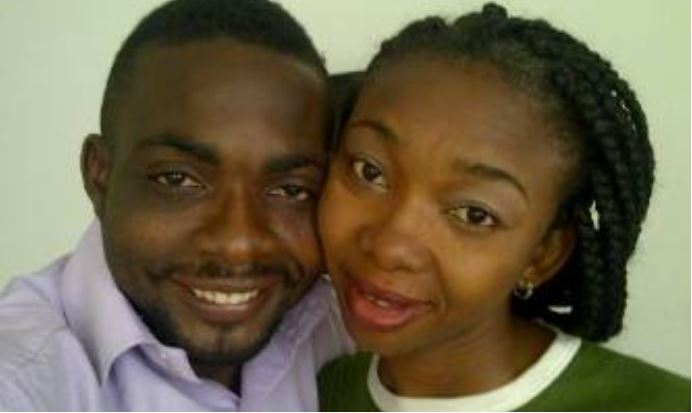 Dennis Akagha, a survivor of the Ebola Virus Disease, has said his late fiancée, Justina Ejelonu, has not been ‘duly recognised’ even though she sacrificed her life while caring for Nigeria’s index EVD case, Patrick Sawyer, The PUNCH reports.

According to Akagha, his late fiancée was a nurse at Lagos-based First Consultants Medical Centre, where Sawyer, an Ebola-positive Liberian diplomat, had visited when he arrived in Nigeria in July 2014.

Justina’s boss, Dr. Ameyo Adadevoh, who was on duty the day Sawyer arrived the hospital, and who reportedly stopped Patient Zero from leaving the hospital, had been widely recognised upon her death in August 2014 after contracting the virus.

Akagha, however, lamented that other players, including the pregnant Justina who also succumbed to the infection following her encounter with Sawyer, had remained unsung.

Akagha had also contracted the virus from his pregnant fiancée but he later recovered.

The data analyst tweeted on Wednesday, “Six years today, I found myself in the Ebola isolation ward after the death of my late fiancee (Justina Ejelonu) who got infected on the first day of resumption as a nurse with First Consultant.

“On the day she was supposed to resume, she started having the usual morning sickness as a pregnant lady and we both agreed to call her office for a latter date of resumption.

“After some time, she said to me ‘Dearie, let me go. I am feeling better now but if it continues, I will come back after my shift; otherwise, I will stay till after my two days shift is over.’ I grudgingly agreed, which became the worse decision I’ve ever made in my lifetime.

“That was how she went to work that day. Coincidentally, the same day Patrick Sawyer arrived First Consultant with Ebola; and he was Justina’s first patient. This was how our ordeal began.

“Fast forward to three weeks later, I struggled to get her to the isolation centre after she had a miscarriage at home. I cleaned her, did all I could do to stop the bleeding all to no avail.

“My pain is not just because she died a very painful death, but years after her death, it was as if only one person was the reason why Ebola did not spread as much as it could have. Justina sacrificed her own life taking care of Patrick Sawyer on her first day of work.

“Also, a nursing maid whose responsibility was to clean Sawyers room died in the process and other persons who haven’t been duly recognised – what a system!

“Justina Obioma Ejelonu and everyone who hasn’t been duly recognised took an oath of service, pledged to Nigeria their country, to be faithful, loyal and honest even when their lives were on the line.

“They serve Nigeria with all their strength, skill and expertise, defended her from the hands of Ebola but what did they get in return, death, disappointment.”

The World Health Organisation has, since October 2014, declared Nigeria Ebola-free but no fewer than 20 persons were infected with the virus, including eight associated deaths as of the time.