Soldiers in Mali who removed the President and forced cabinet members to resign have released new orders. 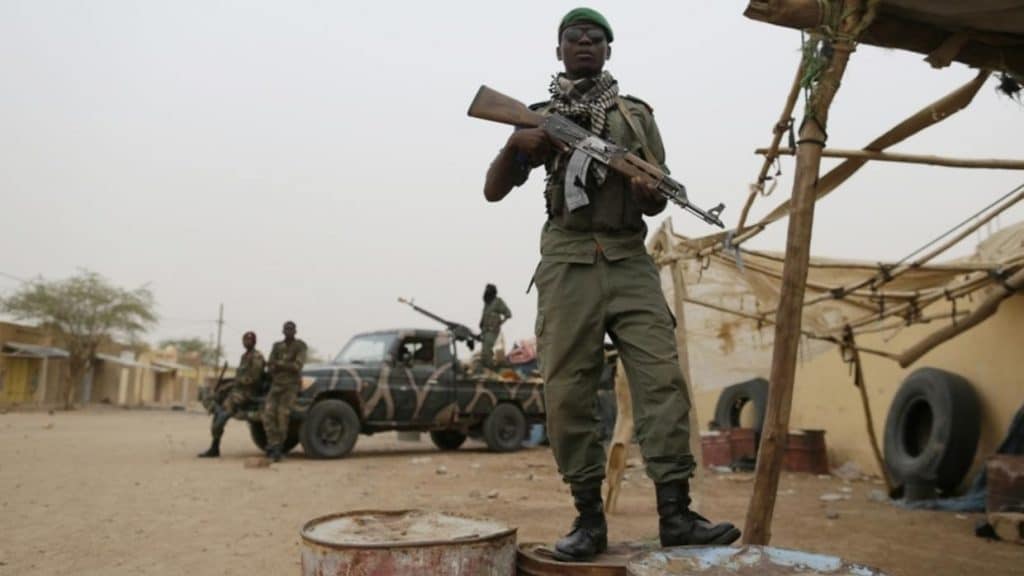 A soldier
The mutinous soldiers in Mali have created a committee called the National Committee for the Salvation of the People (CNSP) to return the country to democracy.
The soldiers have stipulated the mandate of the newly created National Committee for the Salvation of the People (CNSP).
They said that body will oversee a political transition toward general elections.
The spokesperson, Col. Ismael Wague, disclosed this in a statement on Wednesday.
Wague assured that the mutineers are not keen on power, but on the stability of the country.
He said the body “will allow us to organise general elections within a reasonable time-frame to allow Mali to equip itself with strong institutions that are capable of managing our daily lives.”
The military officer said in order to prevent the country from sinking, the CNSP decided to take responsibility “to ensure the continuity of the state and public services.”
Wague announced a series of decisions.
This includes the closure of all air and land borders, and a 9 p.m.-5 a.m curfew.
The CNSP invited civil society and socio-political movements to join in order to create “the best conditions for a better civil transition leading to credible elections.”

President Ibrahim Keita was arrested on Tuesday to the cheer of citizens
He later announced his resignation and the dissolution of the National Assembly and the government on national television.
Top Stories