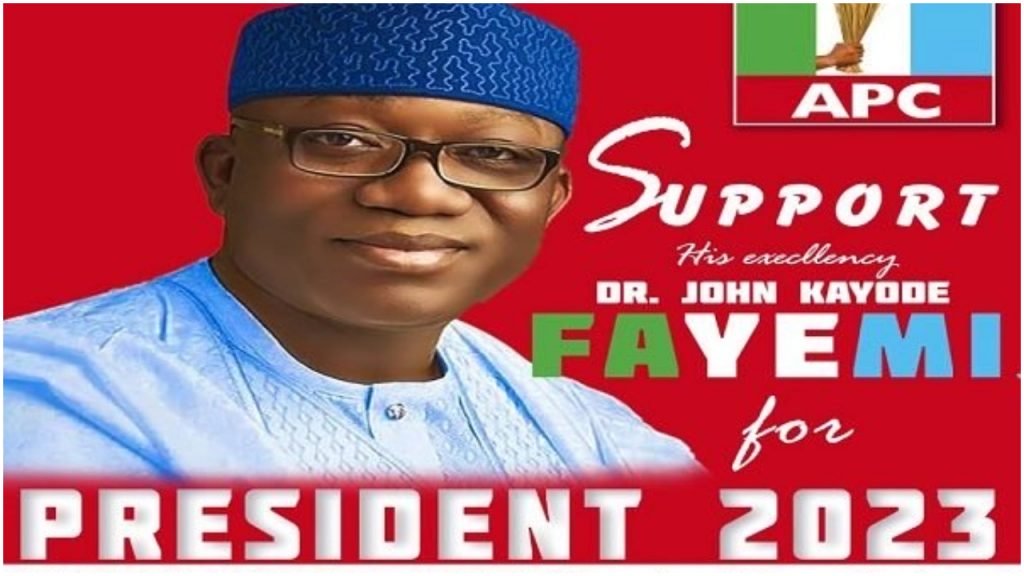 Dr. Kayode Fayemi's presidential campaign posters
Presidential campaign posters of the Governor of Ekiti State, Kayode Fayemi, have caused serious disquiet on social media since it surfaced online.
This comes as the 2023 presidential election is just only three years away.
The message on the posters with APC logo read, “Support His Excellency Dr. John Kayode Fayemi for President 2023."
It has been confirmed that the posters was sponsored by the Chairman of Ikere Local Government Area of Ekiti State, Mr Femi Ayodele.
According to TheNation, Mr Ayodele, said he did the posters to show his unalloyed and uncompromising loyalty to Governor Fayemi against insinuation that he was working against him.
He said the governor is fit enough for the exalted office considering his array of outstanding credentials, administrative shrewdness and political acumen.
He added that Fayemi’s commitment, resourcefulness and pedigree puts him in good stead to lead Nigeria in the next political dispensation.
But when asked about the development, the Chief Press Secretary to Governor Fayemi, Yinka Oyebode said his principal did not know anything about the posters.
Oyebode, who said the sponsor was only expressing a mere personal opinion, urged the public to discountenance the campaign posters.
He added that his principal was focused on governance and how to uplift Ekiti in terms of infrastructural, economic and social development instead of issues around 2023 elections.
The Senior Special Assistant on Public Communication to Governor Kayode Fayemi of Ekiti State, Segun Dipe, had earlier on May 5 denied that Fayemi was nursing a presidential ambition towards 2023.
The governor’s aide said such claim was misrepresentation of Fayemi’s conduct and personality.
Top Stories