The man intends to sue the doctor for giving him blood while unconscious as it is against his faith. 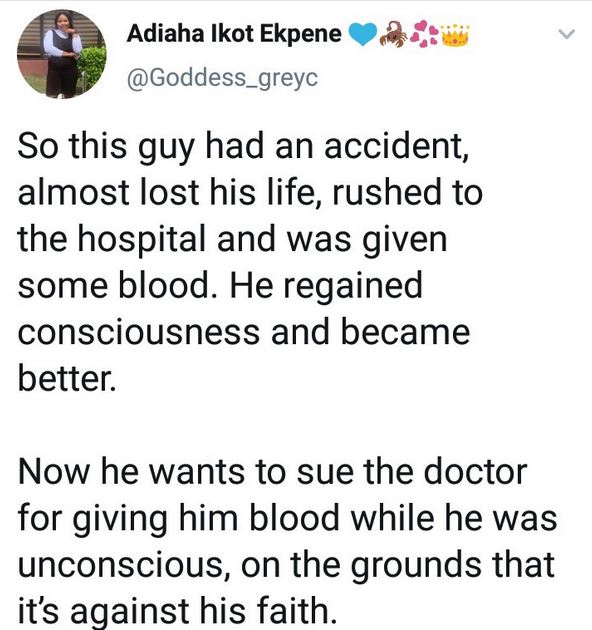 An accident victim allegedly wants to file a lawsuit against a doctor for giving him blood to revive him.

The man was reportedly taken to the hospital after he suffered an accident that nearly cost him his life.

The doctor on duty did a blood transfusion to save him and he soon regained consciousness.

He was upset when he found out he was given blood and he has threatened to sue the doctor for doing something that is against his faith.

The revelation led to an argument on Twitter after one user said the doctor should have respected his faith. Others asked how the doctor would have known that his faith doesn't permit blood transfusion when the man was unconscious and couldn't object. 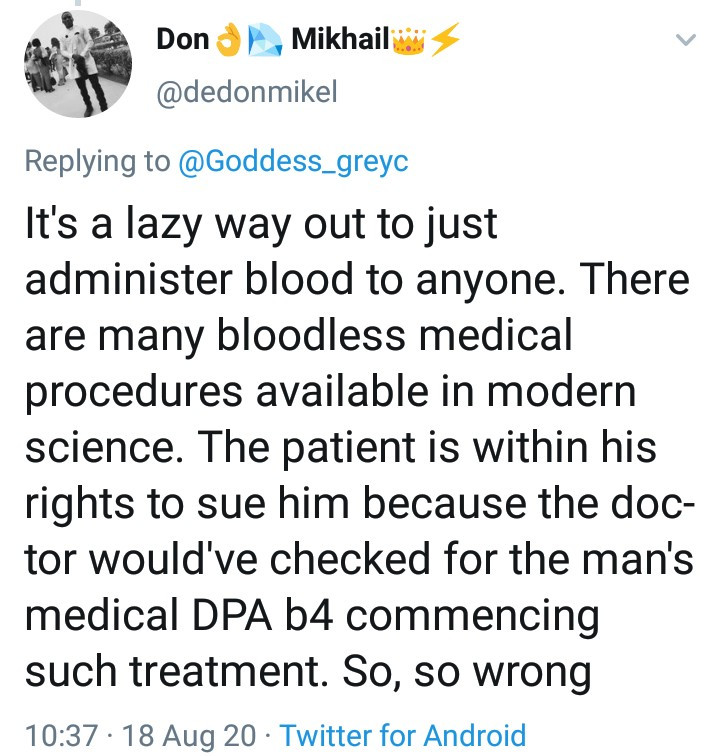