Nigerians have blasted the husband of the woman who went viral because of her two eyes calling him an opportunist. 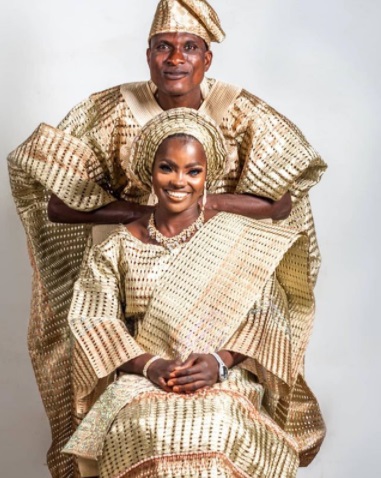 Wasiu Dada and wife, Risikat Azeez Ayebami
Risikat Azeez Ayebami, the blue-eyed mother of two who became an Internet sensation after photos of her and her two blue eyed kids surfaced online has posed in a new photoshoot with her husband.
Recall that Nigerians sympathised with her after she revealed how her husband abandoned her because of her children's blue eyes.
She has now forgiven the man identified as Wasiu Dada and even posed for a photoshoot with him.
Recall that she also received help from Kwara State First Lady and other Nigerians who said that the blue-eyes should be a blessing instead of a curse.
Though her story was touching, she had revealed that her children Kaosarat and Hassanat were recently sent away by her husband because of her blue eyes, ocular albinism.
Risikat had claimed she had to return to her parents’ home after her husband maltreated her by always letting her and their daughters go hungry and leaving home for days without notice on when he would return.
According to her narration, her poor state of health and lean state worried her parents and they packed her things after he abandoned her and their daughters for having blue eyes.
“When she had their first daughter, he didn’t involve himself in her upkeep at all…we we were the ones that were responsible for everything. …..and after she had their other children, a set of twins, boy and girl, he abandoned them still and showed he wasn’t interested especially after one of the twins died…..we had to go and pick our daughter when she was growing thin and being maltreated” Risikat’s mother confirmed in a chat with PUNCH.
However, Wasiu Dada revealed that he fell in love with Risikat because of her eyes and that he never regrets having daughters with blue eyes. 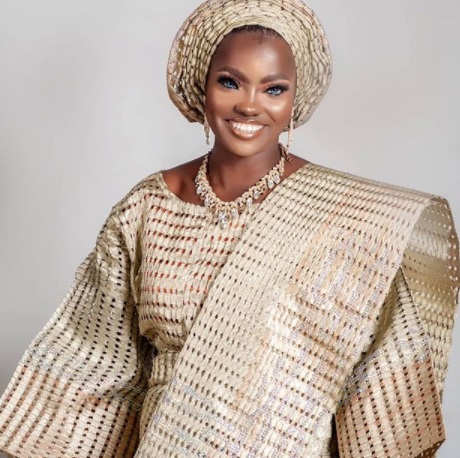 He claimed he left her because of her waywardness.
Well, these newly released photos of the couple have shown that they have reconciled and are back together following the intervention of the Kwara state first lady!
”A lot of people have come on board, not just myself. I think the whole of Kwara is very happy with the story and with how things are turning out for Riskat and her children. I know you are probably aware that her husband has also come out now and he has come to our office and we have had a conversation with him and Risikat herself has said she wants to be reunited with him.” the first lady said
Nigerians have taken to social media to express disappointment, accusing the husband of being an opportunist.
One Irene Sawyer wrote “So, she has forgotten so fast and taken him back? African women and marriage” 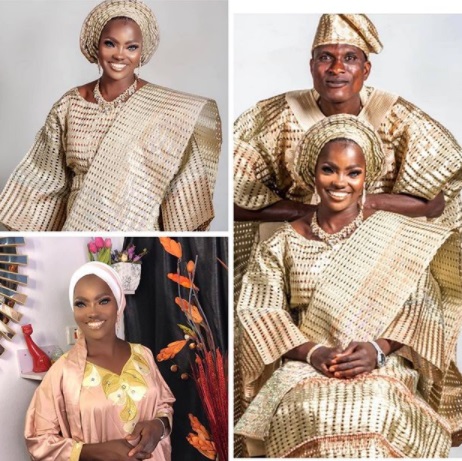 One Cream Berry wrote “I don’t understand why force a man to be with a woman he doesn’t love… love kankan o live here o… some one that abandoned her in hardship… now everywhere is soft, you are now reuniting rubbish.. this is not even a love story… it’s the sad story of what happens in most home”
One Larry wrote “Why am I pained? I hate that this is happening. The guy isn’t in love with the lady, it’s so obvious. By force love leleyi”
While one Lanre wrote “It is obvious this guy doesn’t love her..The guy is odd in the picture, this shows he doesn’t deserve the lady. You were absent in her life, only for you to show up cos of fame. Tueh!”
One Khadeejah wrote “Am so sorry but this isn’t right, this man left her when she was a nobody & now bck when he sees she’s becoming a better person,are you saying what he did is right?” 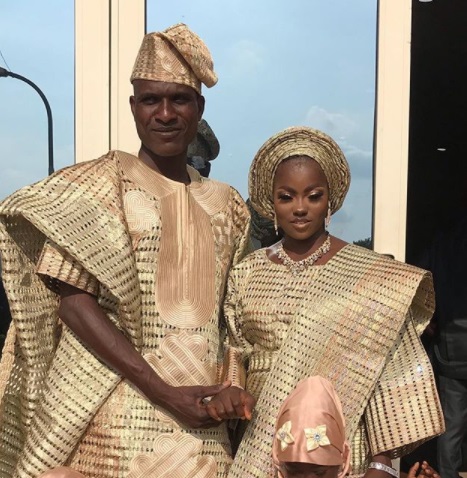