An expert has sounded a note of warning to Nigerian farmers and traders to stop using chemicals to ripen fruits and vegetables. 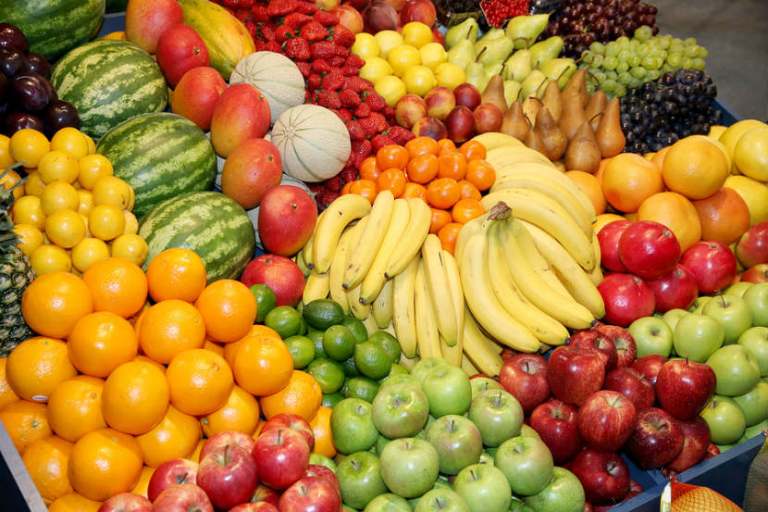 Fruit
A university lecturer, Dr Dan Agboola, has advised farmers and other produce stakeholders against using reagents to ripen fruits and vegetables to avoid health complications.
Agboola, a Microbiology lecturer at the Lagos State University (LASU), gave this advice as a guest to the Ojo Farmers Weekly Workshop in Lagos.
The workshop, organised in conjunction with Alpha Feed Ltd., was held to keep farmers abreast of innovations in modern agricultural practice.
Agboola pointed out that eating vegetables and fruits which were artificially ripened was the cause of many illnesses among Nigerians.
“The reagent chemical contains traces of arsenic and phosphorus, which are hazardous to the human body.
“Many farmers are in a hurry to harvest, and as such, they end up spraying the produce with calcium carbide ignorantly to ripen them faster.
“Anytime you buy ripe plantain, banana, mangoes and others in the market, there are chances you are buying the ones ripened with calcium carbide,” he said.
Agboola, therefore, advised farmers to be patient and allow their produce to mature and ripe naturally before harvest.
“All produce have maturity period and farmers know this very well.
“There is no short-cut with nature.’’
He said the use of insecticides popularly called “Sniper” and other harmful chemicals as ingredients for pest control was hazardous too.
“Such a practice should be discarded. It can cause pollution or food poisoning,” the university lecturer said.
The microbiologist also advised farmers and produce sellers to seek professional advice on better methods of applying insecticides and pesticides in order not to endanger people’s lives.
He said Nigerians should be wary of such unnaturally prepared food items to avoid health problems such as cancer and other diseases.
Also, Mr Kayode Alao, one of the farmers at the event, spoke on the objectives of the weekly forum, saying it would help many farmers to improve their productivity.
Alao said no farmer would like to have a product which people would eat and become sick.
“This session has really opened our eyes to things we are doing ignorantly.
“It has exposed us to better markets for our products, especially the corporate markets,’’ he said.
-NAN
Top Stories