Some angry Nigerian students have protested the continued closure of universities due to coronavirus. 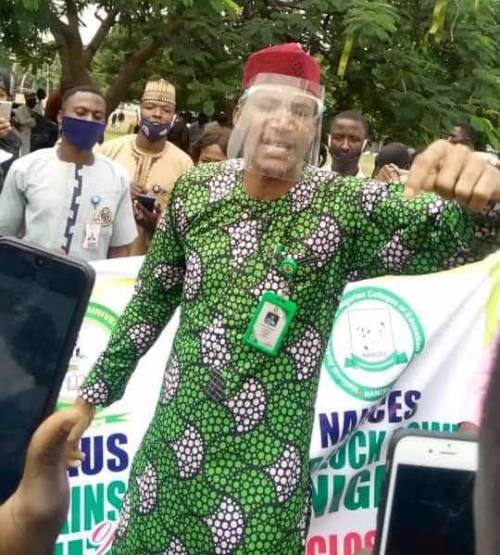 Fearless, bold and active. Behold the freedom fighter, the Grand Commander of Nigeria University Students during a peaceful protest while agitating on reopening of Schools. Details later pic.twitter.com/0q9sy7vxb5

According to Sahara Reporters, the agitated students demanded the instant reopening of schools, flaying the government for its decision not to reopen schools for activities to commence having opened religious places, markets, airports among others.
Expressing his displeasure on the student's behalf, President of the National Association of University Students, Ejigah Felix, argued that there was no justification by the government for opening worship centres, markets, parks airports across the country and leaving schools closed.
He further noted that markets were the worst places in terms of danger to human health, saying if they could be opened for businesses, there was no justification leaving universities, polytechnics and other educational institutions closed.
See more photos below: 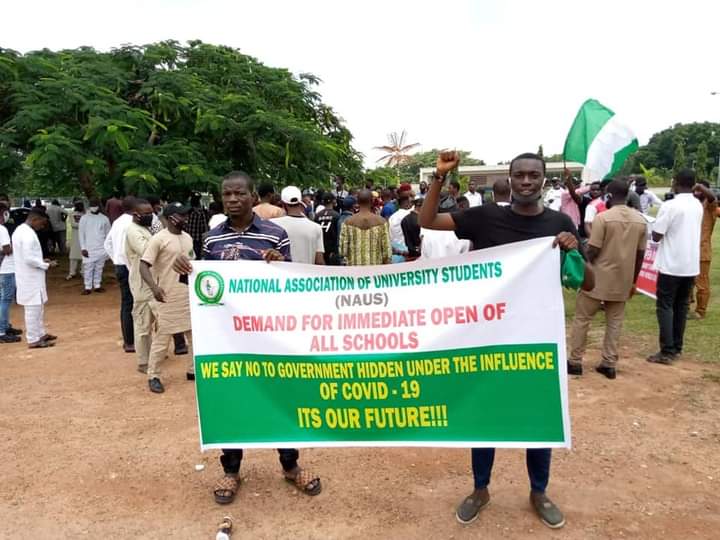 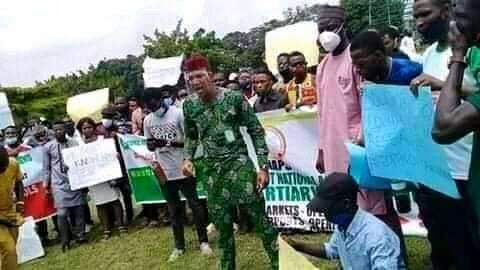