Man Pleads Guilty To Stealing His Female Employer’s Panties From Bathroom, Selling Them


The court was told that Mwania stole the panties from Mueni’s bathroom every time she would leave them there after taking a shower. 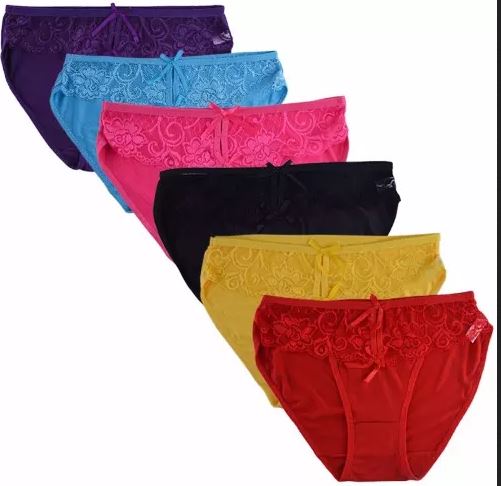 Man Pleads Guilty To Stealing His Female Employer’s Panties From Bathroom, Selling Them

A youthful man  pleaded guilty to stealing his female employer’s panties and selling them for Ksh100 each to an elderly man in Machakos.

The youthful suspect and his accomplice were arraigned at the Kithimani Law Courts.

Kithimani Senior Resident Magistrate Gilbert Sikwe heard that on different dates, Mwania, a houseboy, stole six underwear belonging to his employer, Rose Mueni Kimonye, from her residence in Kwakitema Village in Yatta, Machakos County, Kenya and sold them to Nguli.

The court was told that Mwania stole the panties from Mueni’s bathroom every time she would leave them there after taking a shower.

Also stolen, were a T-shirt, Mueni’s blouse and boxer belonging to Mueni’s husband, all valued at Ksh2,000.

Mwania was selling the intimate clothes to Nguli, who allegedly used them for witchcraft purposes.

Nguli was found in possession of other underwear belonging to one Joyce Nzisa.

Nguli, who pleaded not guilty to the charges pressed against him, was freed on a Ksh2,000 cash bail. He will appear before the magistrate on September 15, 2020.

Mwania, on the other hand, admitted guilt, and will be sentenced on Monday, August 24, 2020.

Petty theft attracts an imprisonment of as low as 2 years.