The Department of State Services had earlier invited Mailafia twice over a claim he made that a governor from the North was a commander of the Boko Haram sect. 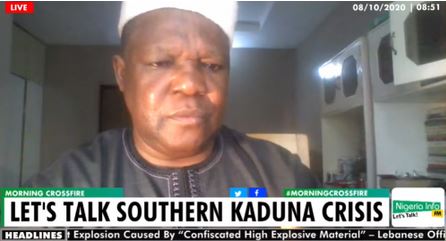 According to SaharaReporters, the Nigeria Police Force has invited a former Deputy Governor of the Central Bank of Nigeria, Dr Obadiah Mailafia, for questioning.

According to a letter dated 20th August, 2020 and signed by one Umar Mamman Sanda, Deputy Commissioner of Police (Admin), on behalf of the Deputy Inspector-General of Police (Force Criminal Investigation Department), Mailafiya is expected to be at the Force Headquarters in Abuja by 11am on Monday 24 August, 2020.

The Department of State Services had earlier invited Mailafia twice over a claim he made that a governor from the North was a commander of the Boko Haram sect.

He made the claim while being interviewed on an Abuja-based radio station. 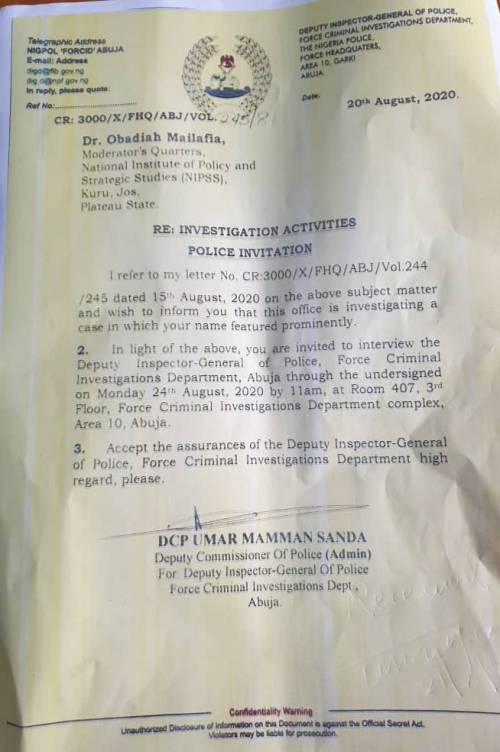 The former CBN Deputy Governor said during the lockdown that insurgents were moving and distributing arms and ammunition across the country.

He was released after more than six hours of grilling.

After his release, the DSS said Mailafi’s claim that a governor from the North was the leader of Boko Haram was false.

After his initial release, Mailafia said he was privy to very sensitive information and should have taken more care to corroborate some of the information he received.