Check Out The BBNaija Stars Who Are Making Waves In Nollywood


The popular Nigerian reality show, Big Brother Naija has provided a platform for many to shine in Nollywood. 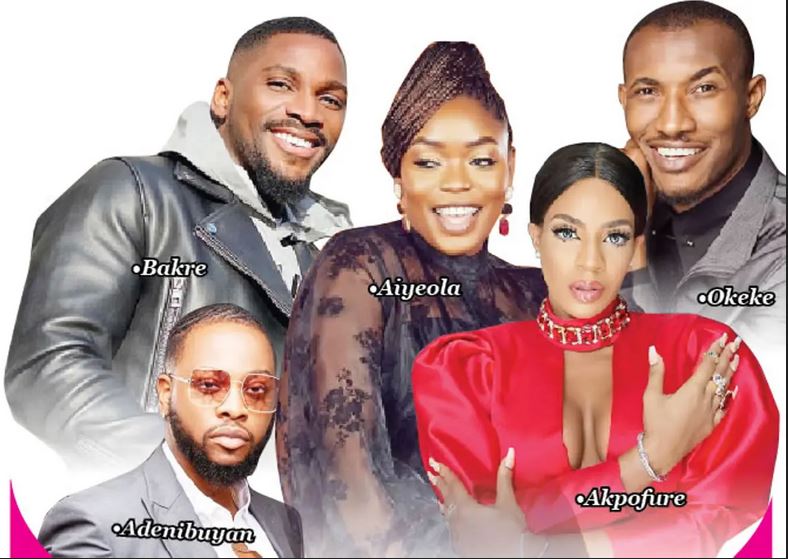 Over the years, reality TV shows have proven to be launch pads for singers, actors, comedians and other categories of entertainers. One of such reality shows is Big Brother Naija which has provided a platform for many to shine in Nollywood. OLAJIDE SAMUEL takes a look at some former contestants of the reality show currently proving their mettles in the make-believe world

Vivacious Bisola Aiyeola was the first runner-up in the BBN ‘See Gobbe’ edition of 2017.

Though her acting career had kicked off before BBNaija, she gained more prominence after appearing on the reality television show and went on to star in more movies.

Aiyeola has been featured in movies such as ‘Sugar Rush’, ‘Gold Statue’, and ‘Pay Day’, among others.

In 2018, she won the African Magic Viewer’s Choice Trailblazers Award.

Gideon Okeke came into the limelight as a housemate in the first edition of BBN in 2006.

After the show, he has gone on to passionately pursue his acting career. One of his most popular roles is as Phillip Ade-Williams in the television series, ‘Tinsel’. He has also appeared in movies such as ‘Gidi Blues’, ‘Heaven’s Hell’, and ‘When Love Happens’.

The actor was nominated for an AMVCA for his role in the acclaimed film, ‘93 Days’.

When Tope Adenibuyan, aka Teddy A, got into the Big Brother House in 2018, he was already a budding singer looking for a platform to showcase his talent.

However, since he left the reality show, Teddy A, who is married to another former BBN contestant, BamBam,  has appeared in some Nollywood movies including  ‘The Gift’,  ‘No Budget’, ‘Unsane’; and a television series, Funke Akindele’s ‘Jenifa’s Diary.’

In 2018,Tobi Bakre, then an investment banker, resigned from his job to participate in the third season of BBN. He emerged as a finalist on the show and has since been featured in a few Nollywood flicks.

The ex-reality TV star has appeared in movies such as ‘Sugar Rush’, ‘Fix Us’, ‘Mokalik’, ‘Phases’, ‘Hustle’ and TV series, ‘Jenifa’s Diary.’

Venita Akpofure had been featured in a few movies before participating in BBN in 2019. However, the ‘Pepper Dem’ edition of the reality TV show was what really put the spotlight on her.

Akpofure has starred in movies such as ‘Kambili: The Whole 30 Yards’, ‘Unmarried’, While You Slept’ and ‘Losing Control.’