#BBNaija: Don't Waste Your Money Voting For These Three Lockdown Housemates, They Are Loaded


The Big Brother Naija lockdown show is here and fans are already going crazy since it started many weeks back. 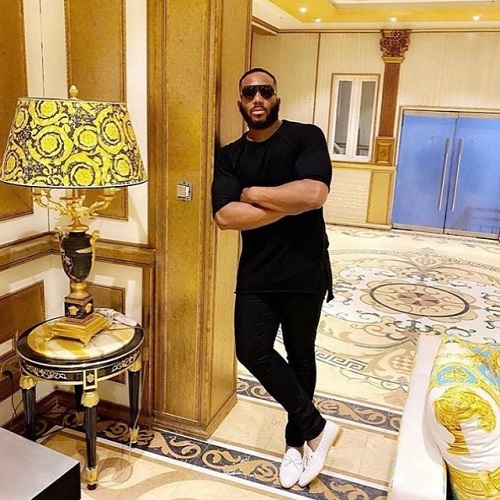 Kiddwaya
Written by Alexander Thandi Ubani
Before I begin, I want to say that my money is on Laycon to win the show. He has shown that small stature doesn't mean that you shouldn't have sense. He's an intelligent, smart, and down-to-earth person. If he wins or Dorathy, Prince or Praise does, I will be very happy.
------
I am happy the BBNaija lockdown show is here because it is helping reduce the anxiety, restlessness, high blood pressure, kata-kata, brought upon us by our incompetent and irresponsible leaders.
So for those religious folks who hide in their rooms to watch the show and come on social media to call for its closure, God will punish you people. Just dodge me.
If you don't know, BBNaija 2020 is a good comic relief for our irreligious butts to remain a bit sane in this hell fire called Nigeria. If not for this show, how can we cope when the wife of the President reportedly traveled to Dubai to treat her neck, only to come back to tell Nigerians to tell the government to look into the health sector because things are not working fine there. After the health tourism, she's back to preach to us about the state of hospitals when she can gently enter 'za oza room' and whisper into Baba Buhari's ears so that he can make the necessary changes. When Baba develops another small ear problem, they will rush him to the UK. No matter how long we shout, nothing will stop them from traveling abroad for headache.
Back to the wonderful Big Brother Naija lockdown show: folks I bet you don't know that there are some housemates you shouldn't waste your hard-earned money voting for them to win the show. This is because most of them are doing far better than you financially and otherwise. So what is the essence of your poor ass coming to waste your money to make a rich man or woman richer and famous. I'd rather make someone poor and well mannered rich and famous. I want someone who would affect millions with his music or charity to win the show. I am not hiding mouth. I can't stand someone who will use the money to get more plastic surgeries or spend it lavishly on women to win this edition of the show o. E shock you?
I have been following this show religiously and this year's edition is quite different from the previous ones. Biggie and the organizers handpicked sons and daughters of rich people and made a mockery of the millions of poor people who spent hours auditioning for the show. Not even one yeye Facebook, Twitter or Instagram celebrity. Shuuuuuuuuuuuuuuuu! Some of the contestants even didn't audition, as I heard. They used connection to enter the show. E no get where corruption no reach for this country o.
When I watched that day 4 of the show where the housemates talked about places they have traveled, I pitied poor Nigerians wasting precious hours auditioning for a show that is now meant for the rich and plastic surgery addicts, who come with the perfect body in order to win the show, yet will be busy calling other housemates with natural endowments shapeless amoebas during a fight. 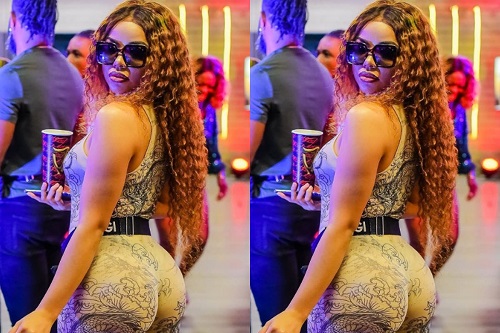 Nengi
In all honesty, these three people don't need the money. Well, I might cut a little slack for the third person. But, the truth is that these three are already doing well for themselves financially. They already have gotten the fame and from what they said with their own mouths, giving them your votes and in essence, helping them win the show is not worth the effort:
.
1). Terseer Kiddwaya
This 27-year-old self-employed son of a billionaire from Benue state has lived almost his entire life in the UK. He is an heir to over a billion naira forture.
He brags about his fast cars and doesn't hide the fact that his father is mega-rich. He recently bragged that he is worth more than all the housemates combined. Kiddwaya doesn't need your money as I am sure his father Terry Waya who recently embraced social media to campaign for his son must be funding people to vote for him. So why the heck will you poor thing who may be struggling for money to eat today be wasting that money you won via giveaway on social media be using it to vote for this rich kid? Pause. Sit up. Roll your tongue. Then count your teeth with it and see if you are alright!!
2). Nengi
Her real name is Rebecca "Nengi" Hampson. She's 22 years according to her. She's also from Bayelsa state and a former model and MBGN Top 5 contestant dragged online recently for allegedly using football age to enter the show [that's a story for another day].
From what I have watched so far from the show, Nengi is a manipulator. She may not have come from a rich home, but life has been a rollercoaster for her.
She has spent most of her life abroad, moving from London to USA and other European countries with so much ease. She's financially okay to the point that she had to enhance her body through surgery. Yes, she said it herself.
She's good at body-shaming fellow housemates even though she can't fight and had to go under the knife to get a banging body. There is no good thing coming out of you as a fan dedicating energy to use your hard-earned money to vote for a woman who reminds every other person how bad they look just because she has surgically enhanced her body to look perfect. Apart from body-shaming people, her other great skill is her ability to run away from intellectual discussions in the house. My vote can't go to her. She's well to do, let her manage the fame.
3). Brighto
The reason why I am putting Brighto in this list is that this Sailor is very well underrated in the house, but, he is very loaded and well-traveled. From his travel history, this man has toured places even the richest in the country haven't visited yet. This pastor-wannabe is packed with wisdom and has shown it all through the show.
His full name is Ezekiel Bright Osemudiame aka “Brighto”. He is a 29-year-old sailor from Edo State and the youngest of six kids. He holds a degree in Marine Engineering from Arab Academy for Science Technology and Maritime Transport in Alexandria, Egypt with several other professional certifications. You can vote for him though, but he is surely not among the less privileged in the house.
In conclusion, though, it is not like the fans have the final say because our votes don't really count as it should normally do. This is because the power to evict housemates now resides with the housemates. Even after the social media protest some days ago, it seems like the organizers of the show don't give a damn about how fans feel. 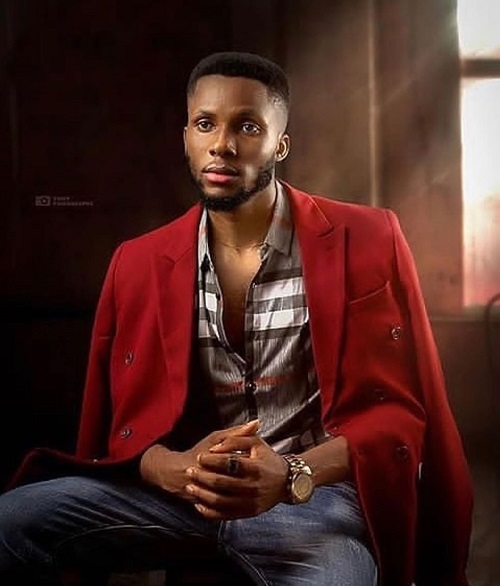 Brighto
-------
With the list exhausted, I am hoping Laycon continues his stellar performance in the house so far even though he almost got carried away by his situationship with Erica. Winning the Airtel game shows that his head is still in the game. Another character I admire is Prince. He has a very focused mind and is very competitive. Telling Tolanibaj that he doesn't want to embarrass himself by having sex on national television won my heart. His acting skill is topnotch. Praise started well, then almost ruined everything with his relationship with Ka3na. Thank God he has bounced back and I am expecting that even if he doesn't win the money, he has gone somewhere with his stay in the house already. Then the only woman in the house I adore - Dorathy. She is really my kind of woman. Not too shouty; not that loud, but always on point. She knows her onions and can stand up for herself anytime. She can't be intimidated by anyone. She's a fighter. Good cook and a home builder.
You can vote for Ozo (he's fine sha but doesn't have 'woman' sense), Erica, Neo, Vee, Lucy, Wathoni, Tolanibaj, Trikytee. It looks like they will appreciate the money. But, don't go about wasting your money on people who have already made it in life.
By Alexander Thandi Ubani
feedback: [email protected]
Top Stories