A woman has tied a rat before flogging the hell out of it for giving her a tough time. 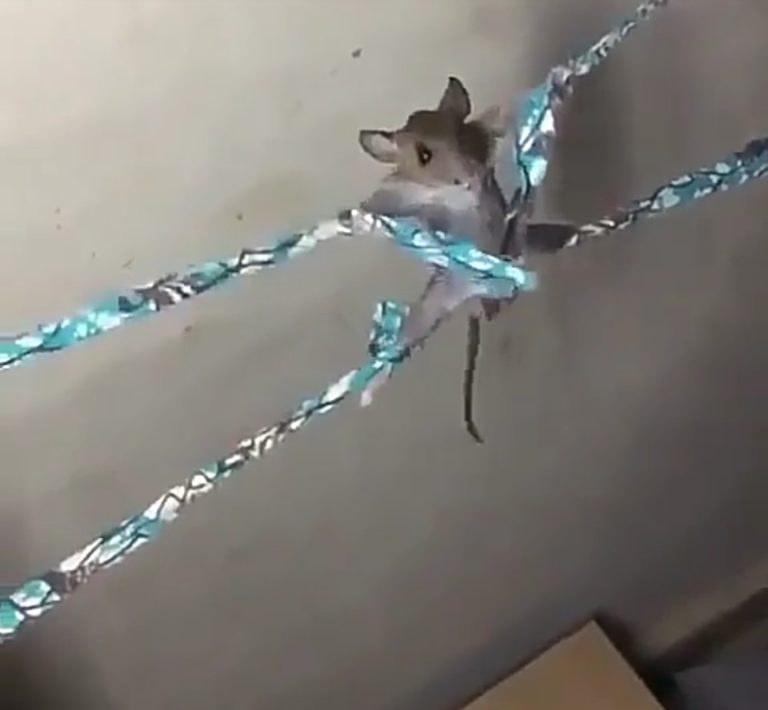 Rat beaten merciless after being caught
A woman has dealt mercilessy with a rat after nearly wounding herself while trying to catch it.
In the video, the rat could be seen tied to the roof while the lady flogged it repeatedly with a cane.
While flogging the rat, the lady mentioned how she fell down and almost hit her head on the ground while trying to kill the rat the previous night.
She also revealed how the same rat has been eating up the entire foodstuffs in her house, and opening up her bags of food.
Watch the video below: