Israeli teenagers volunteering at an archaeological dig have unearthed hundreds of gold coins that were stashed away in a clay vessel for more than a millennium. 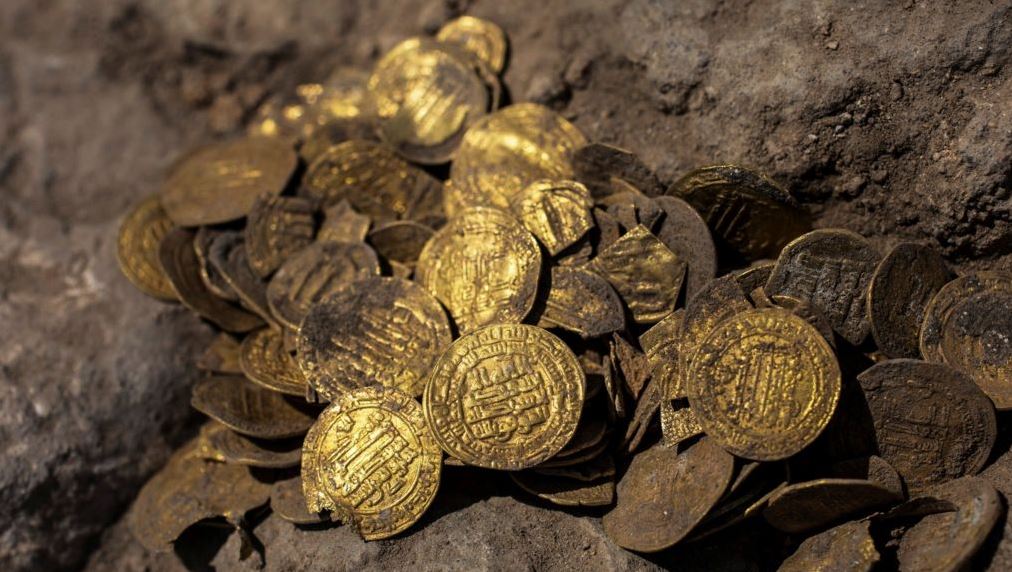 Youths volunteering at an archaeological dig in central Israel have found 425 gold coins that had lain buried in a clay jar for 1,100 years.

Most of the money dates back to the early Islamic period, when the region was part of the Abbasid caliphate.

The coins weigh 845g (30oz) and would have been worth a huge sum when they were buried  enough to buy a luxurious home in one of the caliphate's cities.

Who owned the cache, and why they never returned to collect it, is a mystery. 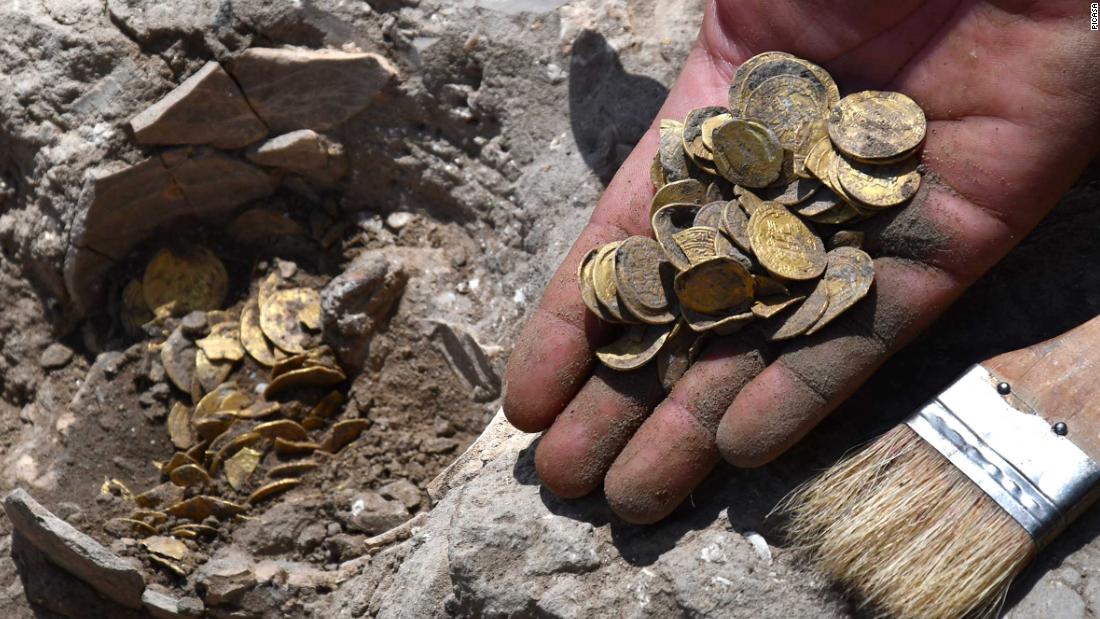 "The person who buried this treasure 1,100 years ago must have expected to retrieve it, and even secured the vessel with a nail so that it would not move," the directors of the excavation, Liat Nadav-Ziv and Elie Haddad of the Israel Antiquities Authority, said in a statement.

They added: "Finding gold coins, certainly in such a considerable quantity, is extremely rare. We almost never find them in archaeological excavations, given that gold has always been extremely valuable, melted down and reused from generation to generation."

The youth who discovered the hoard, Oz Cohen, said: "It was amazing. I dug in the ground and when I excavated the soil, saw what looked like very thin leaves. When I looked again I saw these were gold coins."

He added that one of the cuttings was a fragment of a gold solidus of the Byzantine Emperor Theophilos minted in Constantinople, which was rare material evidence of the continuous connections between the two rival empires during this period.