Following media outrage, Femi Fani-Kayode has tendered an apology to a journalist he insulted. 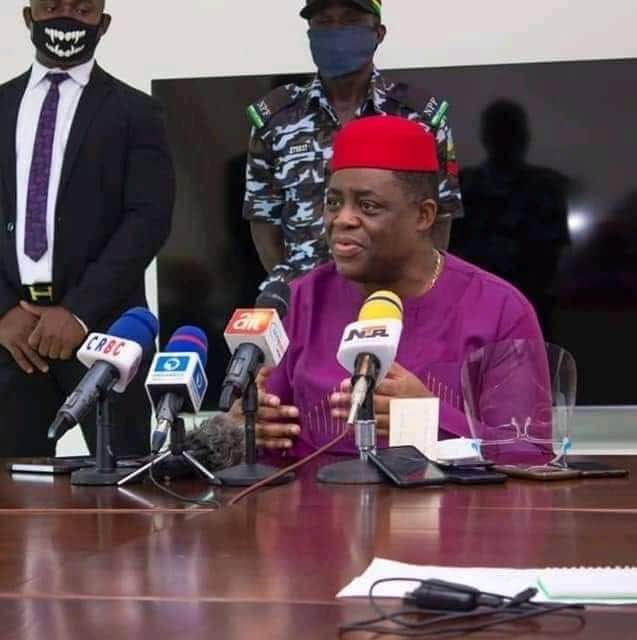 Femi Fani-Kayode
Femi Fani-Kayode, a former minister of Aviation and chieftain of the Peoples Democratic Party has tendered an apology to a journalist he insulted on national television.
Recall that FKK was yesterday lambasted by Nigerians after a video of him talking down on a DailyTrust journalist over a simple question he asked him.
Nigerians lambasted the politician, wondering how the journalist was wrong on a simple question that demanded a simple answer.
FKK while apologizing, wrote:
"I met with my advisors till late last night and I wish to say the following. I hereby withdraw the word "stupid" which I used in my encounter with a journalist in Calabar.
I have many friends in the media who I offended by losing my cool and using such words. I hereby express my regrets for doing so.
I do however wish to state categorically that no threat of physical harm was ever made to the journalist in question and neither did I send anyone to threaten him.
Anyone that says otherwise is lying and I challenge them to bring the proof.
I would never seek to physically harm a journalist. For the last 30 years I have defended and worked with journalists and fought for the right of freedom of expression.
I am  also very close to many in that profession. I would be the last to seek to disparage those that are honorable and noble within its ranks.
I hope that this will assuage the pain and anger of anyone that was hurt or offended by this ugly episode. I have now put this matter behind me and moved on.
Now my tour of the South continues. Moving to yet another state today!"

I met with my advisors till late last night and I wish to say the following. I hereby withdraw the word "stupid" which I...