Yahoo Boy Confesses After Defrauding $300,000 From Two Women In US (Photo)


A suspected internet fraudster has admitted defrauding two women in the US of $300,000. 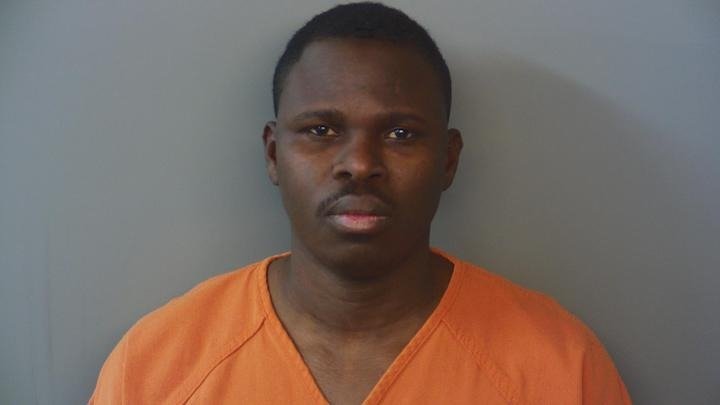 Ismaila Fafunmi
A Nigerian man arrested for scamming two Kentucky women more than $300,000 has confessed to the crime.
According to reports, Ismaila Fafunmi pleaded guilty Friday to one charge of taking part in a money-laundering conspiracy.
Fafunmi admitted he worked with other people to con women out of money through various methods, including so-called romance scams, according to his plea deal.
One victim was a Kentucky woman, not named in court records, who joined an internet dating site in June 2018.
Fafunmi, who lived in Speedway, Ind., part of Indianapolis, contacted the woman through the site and duped her into believing they were in a relationship, according to court records.
Fafunmi pleaded guilty in federal court on Friday before U.S. District Judge Karen Caldwell to money laundering charges related to a romance fraud and grant fraud scheme.
According to his plea agreement, Fafunmi admitted that beginning in June 2018, he worked in conjunction with others, who communicated through online chats, about a scheme to defraud U.S. citizens through a romance scheme.
In furtherance of this scheme, Fafunmi and his co-conspirators would set up fake profiles on dating websites profiling American men, often military members.
Fafunmi’s co-conspirators would engage in conversations with victims, typically women older than 50, through the dating website, making the victims believe they were in a romantic relationship with the individual in the fictitious profile.
Fafunmi and his co-conspirators would then convince these unsuspecting women to send money for various reasons. One victim of the scheme lived in Kentucky and sent more than $200,000 to a person she believed to be her boyfriend. In another scheme, Fafunmi received funds from another female over 50, who believed she was being awarded a large grant and had to pay fees upfront in order to receive her award.
In either scam, if the victims sent money by bank deposit, the conspirators would create bank accounts, in various names, to retrieve the fraudulent funds. Fafunmi and others would retain a portion of the victim funds and then converted the remainder to wires transfers, to be sent back to co-conspirators in Nigeria. Victims also sent money in the form of postal money orders to addresses belonging to Fafunmi and his co-conspirators. Fafunmi and his co-conspirators had to convert those funds to wires to be sent back to co-conspirators in Nigeria as well.
Fafunmi was indicted in October 2019.
“Internet-based romance scams and grant fraud scams, like the ones perpetrated here, prey on vulnerable individuals and frequently consist of nothing more than promises that are too good to be true and despicable efforts to cheat people out of their money,” said Robert M. Duncan, Jr., United States Attorney for the Eastern District of Kentucky.
“Unfortunately, these scams remain prevalent; so all of us need to remain vigilant when communicating online, especially if we are asked to send money to someone we do not really know. The outstanding work of FBI personnel led to the capture and conviction of the defendant, and allows us to hold these fraudsters accountable for their crimes.”
“Nothing is as painful as a broken heart which makes romance scams particularly egregious,” said James Robert Brown, Jr., Special Agent in Charge, FBI, Louisville Field Office.
“Fraudsters who target our most vulnerable citizens online will continue to draw the full attention of the FBI.”
Robert M. Duncan, Jr., United States Attorney for the Eastern District of Kentucky, and James Robert Brown, Jr., Special Agent in Charge, FBI, Louisville Field Office, jointly announced the guilty plea.
The investigation was conducted by the FBI. The United States was represented by Assistant U.S. Attorney Kate Anderson.
Fafunmi is scheduled to be sentenced on November 19, 2020. He faces up to 20 years in prison and a maximum fine of $500,000. However, any sentence will be imposed by the Court, after its consideration of the U.S. Sentencing Guidelines and the federal sentencing statutes.
This case is being prosecuted as part of the Department of Justice’s efforts to identify and prosecute those persons who facilitate elder financial exploitation. The Department of Justice’s Elder Justice Mission, being carried out through the Kentucky Elder Justice Task Force, is to seek justice for victims of elder financial exploitation. Anyone who knows someone who may be a victim of an elder financial exploitation, is encouraged to contact law enforcement.
Top Stories