A lady who was declared dead and even put inside a boy bag has been found alive some hours later. 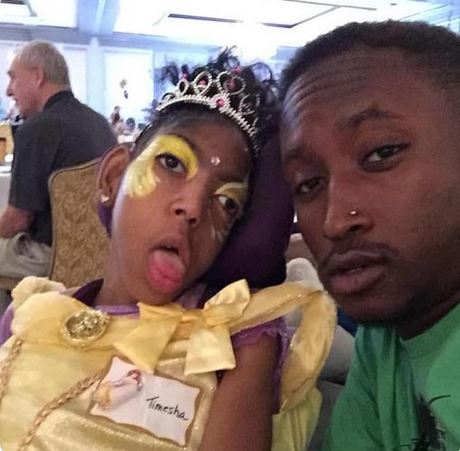 Timesha Beauchamp was found alive hours after being declared dead

The paramedics said so on Sunday, after 30 minutes of CPR failed to revive her. An emergency room doctor in Southfield, Mich., confirmed the prognosis.

So employees at a local funeral home were more than slightly shaken hours later when they watched her chest rising and falling with breath, the Detroit Free Press reported.

Beauchamp, it turned out, was quite alive.

Now the 20-year-old is in critical condition at a hospital, Southfield officials are scrambling to learn what went wrong, and Beauchamp’s outraged family has hired an attorney known for making national headlines.

“They were about to embalm her which is most frightening had she not had her eyes open. They would have begun draining her blood to be very, very frank about it,” attorney Geoffrey Fieger, known for successfully defending “suicide doctor” Jack Kevorkian, told WXYZ.

For Beauchamp’s family, the experience has been a heart-wrenching roller coaster — from thinking their loved one was dead, to learning she wasn’t, to watching her fight for her life in the hospital.

“Somebody pronounced my child dead and she’s not even dead,” Erica Lattimore, Beauchamp’s mother, told WDIV.

Paramedics with the Southfield Fire Department first came to Beauchamp’s house early on Sunday morning after she had a heart attack, the department told the Free Press. When the CPR failed, the medics contacted the ER doctor, who pronounced her dead.

Beauchamp’s body was taken to the James H. Cole Funeral Home in Detroit. More than an hour later, “our staff confirmed she was breathing,” the funeral home told the Associated Press.

As Beauchamp was rushed to the hospital, the funeral home called her grieving mother.

As of Monday evening, Beauchamp was in critical condition at Detroit Medical Center, the AP reported. Fieger, the attorney, said the hours she spent without medical care may have seriously damaged her chance of recovering.

“What did this delay do in terms of Timesha’s health for the rest of her life?” he told WXYZ.

The Southfield Fire Department said the city and the Oakland County Medical Control Authority had launched an investigation into how Beauchamp was declared dead on Sunday. In a statement, the department insisted it “followed all appropriate city, county and state protocols and procedures in this case.”

But Fieger said that doesn’t square with his client’s horrific experience.

“It’s one of people’s worst nightmares to imagine having an ambulance called and instead, sending you off to a funeral home in a body bag. The funeral home unzipping the body bag, literally, that’s what happened to Timesha, and seeing her alive with her eyes open,” Fieger told the TV station.