Ibrahim said this when he addressed newsmen in Abuja, to explain NOTAP's efforts in implementing the Federal Government’s Executive Order Number 5. 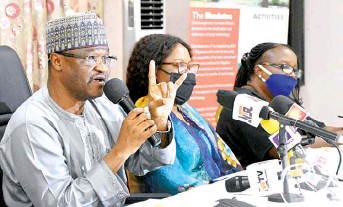 Dan Azumi Ibrahim, the Director General of National Office for Technology Acquisition and Promotion (NOTAP),  has said he blocked over N79.3 billion from leaving the country through the use of technology transfer pricing guideline by heads of Federal Ministries, Agencies and Departments, Sun News reports.

Ibrahim, who addressed newsmen in Abuja, to explain NOTAP’s efforts in implementing the Federal Government’s Executive Order Number 5, noted that the funds would have gone to other countries.

‘Sometimes they may say they needed about 10 per cent when the guideline provided for only a maximum of five per cent. And this five per cent can only be given to complex technologies,’ he said.

‘Where we see that your technology is not complex, we may insist to do one or two per cent. So, if you had earlier requested for six or seven per cent, now we have given you approval for two per cent, the difference is part of the savings.’

Ibrahim said his agency had secured a COREN Register of Engineering Personnel and Consulting Engineering Firms, adding that NOTAP had generated about 7,000 entities of COREN registered engineering personnel and consulting firms in 36 states including the Federal Capital Territory.