A man has been rescued after a helicopter crashed into a building in Lagos state today. 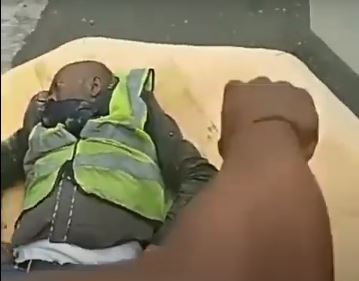 The man rescued from the helicopter crash
A video has surfaced online showing the man that was rescued after a helicopter crashed in Lagos state.
It was gathered the helicopter belonging to Quarium Avaition crash at 16 Salvation Road, Opebi around 12:20pm, killing two of the occupants on the spot.
However, one person was saved from the crash and taken to the hospital.
Watch video below:
Top Stories