A Nigerian graphic designer has told of how some hoodlums 'charmed' his car after a filed robbery attempt. 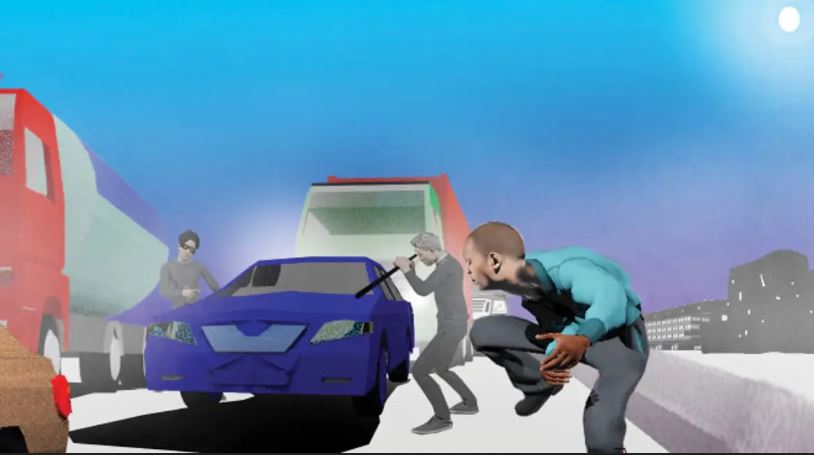 It was the first day of November 2019 and the usual rush preparatory to Christmas had begun. The atmosphere was thrilling as motorists and travellers criss-crossed the Lagos-Ibadan Expressway, a busy federal highway connecting Lagos, Nigeria’s commercial capital, to other states in the South-West, South-South and South-East.

Femi Idowu, a graphic designer, wasn’t travelling that day but familiar with the usual traffic congestion occasioned by the plethora of vehicles struggling for space on the road undergoing reconstruction, including the wobbly vehicles appearing to find the expressway a comfortable place to break down.

Closing late from work every day was inevitable for Idowu, who works at a factory in the Magboro area of Ogun State. After rounding off work at 12:30am that Friday, he dashed into his car to get home early enough to sleep. But no sooner had he got to the Arepo axis of the road than he was caught in the web of heavy traffic.

Amid the confusion on the badly lit highway, Idowu saw some young-looking but gallingly unkempt men walking menacingly towards him. He initially thought they were truck drivers who alighted from their vehicles to relax on the median strip close to his car as they waited for the traffic to ease. But little did he know that he was about to encounter his worst nightmare –highway robbers.

“I noticed a young boy walked up to me and said, ‘Hey you, stop or I’ll shoot you because I have a gun with me.’ His hand was already on the handle of my door, so I quickly wound up the window. I used the glass to clip his hand in the process but he forcefully removed it. Suddenly, I heard a bang on the body of my car and noticed the car started malfunctioning. It started moving on its own as the brakes became ineffective. One of the men had hit the car. At that point, I started calling for help and they ran away. Later, I saw two of the young robbers running towards me, so I had to abandon my car and run away. When they got to where my car was parked, they went round it and left,” Idowu said.

The father of two said the incident left him bewildered because his car had been in an excellent condition when he drove it to work the previous day. He, therefore, found it difficult to believe his car had been immobilised through diabolical means.

Robberies on the Lagos-Ibadan Expressway during the ongoing reconstruction are commonplace. But the use of charms on vehicles was novel to him.

“Definitely, I don’t have a doubt about it and I confirmed from some people who later came to my rescue. After the incident, I got down from the car and tried to check whether its battery had a problem but it was okay. But after leaving my car, they (robbers) approached another motorist on the same road and robbed him. They collected his phone, some other valuables and fled. As soon as I saw them running away, I returned to my car to check whether it would start but it didn’t,” he explained,

He added that luckily for him, he was spotted by some of his colleagues who quickly contacted officers of the Federal Road Safety Corps to assist him. But help did not come until about 30 minutes later when a commercial driver offered to push the faulty Toyota Camry car from behind, using his own vehicle.

Idowu added, “While I was waiting for help, I ran helter-skelter each time I saw someone approaching my car. It was later that a good Samaritan came to my rescue by using his car to push mine from the rear as he drove until we got to a diversion where some FRSC officers were. I also later saw my colleagues who had been looking for a way to get my immobile vehicle away from the spot it was earlier.

“That was about 3am and I slept at Berger Bus stop till dawn when my mechanic arrived. He tried to work on the car but to our surprise, all the nuts were stiff. It was a crazy experience. When he eventually disassembled the engine, we saw that everything responsible for making it functional had gone bad. It got me confused. He told me that my engine was bad beyond repair. I had to buy another engine at the cost of about N240, 000. I went through hell. It wasn’t a pleasant experience but I thank God I wasn’t hurt or robbed.”