Travelers along the ever-busy Kaduna-Zaria Expressway have been warned to proceed with caution following the appearance of a sinkhole. 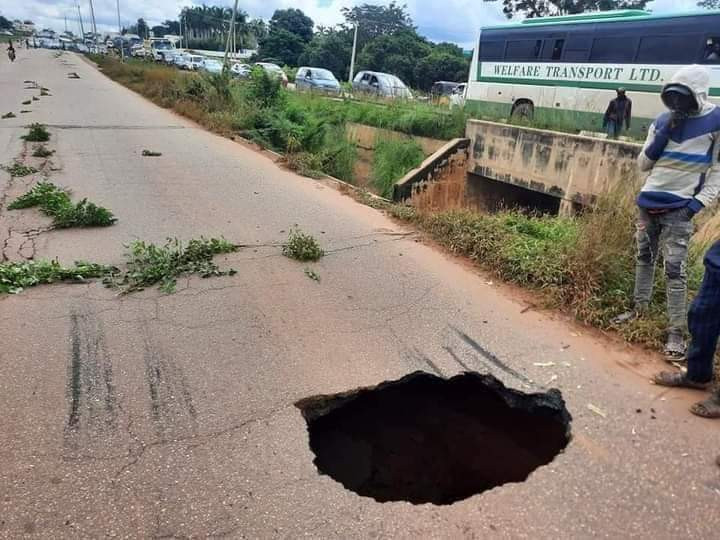 Sinkhole along Kaduna-Zaria Expressway
A Twitter user has raised alarm after spotting a terrifying sinkhole on the Kaduna-Zaria expressway.
He has warned the public to proceed with care while calling the attention of the government to act urgently in order to prevent loss of human life.
@Bamsay shared photos of the sinkhole and cautioned road users to be cautious while making use of the road so as to avoid getting involved in an accident.
He wrote
''Attention! For those of you travelling from Kaduna to Zaria and vice versa, please note that the road on the bridge near trade Fair complex has caved in, so reduce your speed when you approach or follow the other lane, if you are not driving, inform your driver.'' 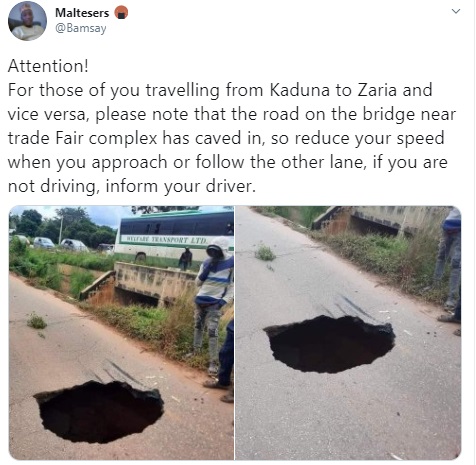 #BBNaija: 'What I Learnt From Erica's Experience' - Laycon Opens Up
Recent Stories