See The Young Councillor Assassinated By Gunmen In Bayelsa (Photo)


A young and promising politician who was a councillor in Bayelsa state has been assassinated. 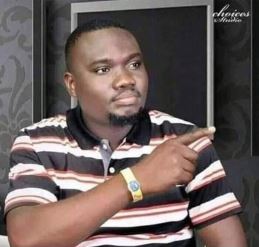 Karma
Gunmen suspected to be assassins have murdered the councillor representing Ward 6 in the Sagbama Local Government Area of Bayelsa State, Mr Karma Agagowei.
According to Punch, Agagowei was said to have been shot in the Opolo area of Yenagoa, the state capital, while returning from the ward congress of the Peoples Democratic Party on Saturday.
The victim was rushed to two hospitals in Yenagoa, but was allegedly not treated due to the absence of a police report.
It was gathered that he died shortly after.
It was learnt that one person, who was with the deceased in a commercial tricycle at the time of the incident, was also attacked with machetes by the hoodlums.
He, however, escaped with wounds.
The late Agagowei was among the 105 councillors, who were elected during the state local government council election in August last year.
When contacted, the state Police Public Relations Officer, Mr Asinim Butswat, said he was awaiting details of the incident.
Top Stories