What Messi's Father Told Reporters After Arriving In Barcelona


Messi shocked Barcelona last month after he told the club’s hierarchy that he wants to leave Camp Nou this summer. 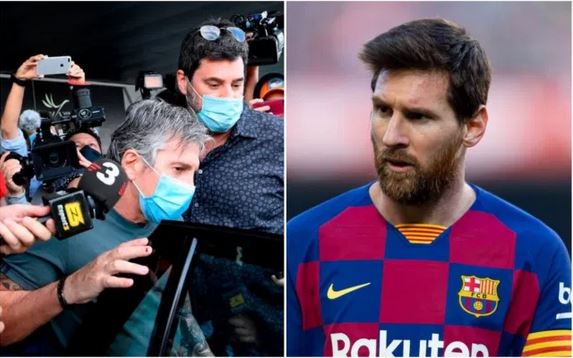 Lionel Messi’s father and agent, Jorge, has arrived in Barcelona for key talks with the club’s president Josep Maria Bartomeu over his son’s future.

Messi shocked Barcelona last month after he told the club’s hierarchy that he wants to leave Camp Nou this summer.

Barcelona, however, are disputing a clause in Messi’s contract which states that he is able to leave the club as a free agent.

Messi no longer considers himself as a Barcelona player and did not show up for the team’s mandatory Covid-19 testing on Sunday, as well as the first training session with new manager Ronald Koeman the following day.

Jorge Messi, who represents his son, travelled from Rosario to Barcelona via private jet on Wednesday morning and will now hold face-to-face discussions with Bartomeu to resolve the situation. 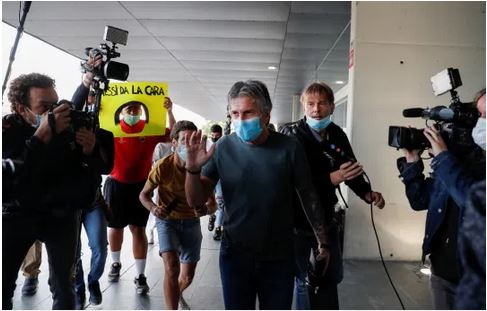 But when questioned by reporters outside Barcelona’s offices later that morning, Jorge Messi admitted that it is ‘difficult’ for Messi to remain at the club.

When asked about a possible move to Manchester City, Jorge Messi replied: ‘I don’t know. There is nothing.’

Manchester City are favourites to land Messi this summer and the Argentine has reportedly held talks with Pep Guardiola over a move to the Etihad Stadium.

Barcelona, however, are adamant that the 33-year-old’s €700 million (£624m) release clause still needs to be activated in order for him to leave.

But Messi is arguing that a clause in his contract which allows him to leave as a free agent is still valid as the 2019-20 season was extended due to the coronavirus pandemic.