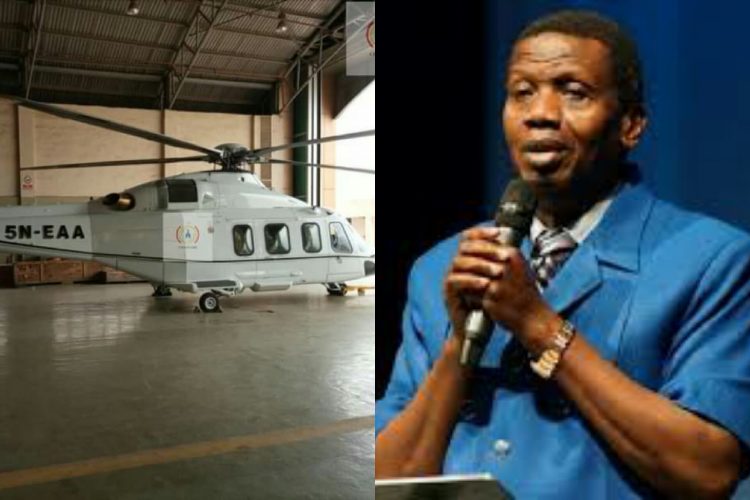 The helicopter, according to sources, arrived two weeks ago.

It was gathered that the helicopter is currently being parked at the Dominion Aviation  Centre hangar belonging to Winners Chapel, whose head is Bishop David Oyedepo.

The source said it was parked at the hangar belonging to Oyedepo at the Murtala Mohammed International Airport for now.

According to the source, Adeboye’s church is currently building its own hangar, called ‘Emmanuel.’

The source said after it has been completed, the helicopter would be transferred from the Dominion Aviation Centre to Emmanuel hangar.