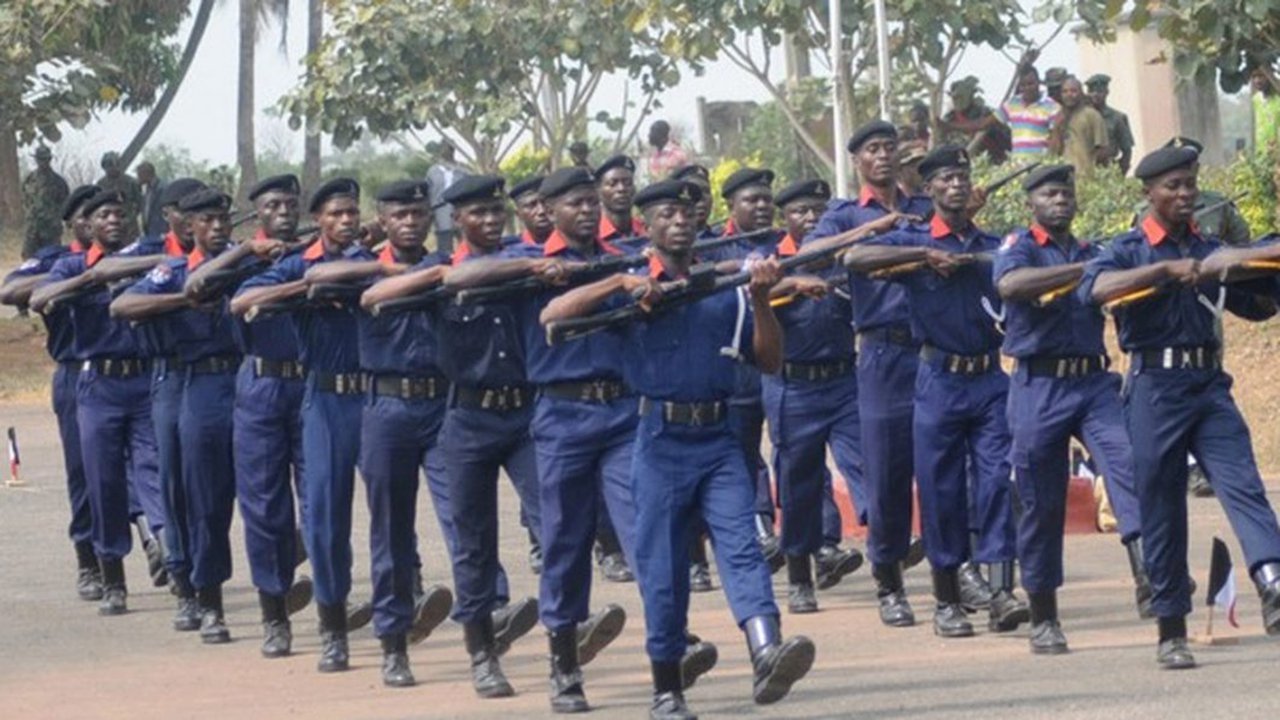 The Nation reports that the Nigeria Security and Civil Defence Corps (NSCDC) Kwara state has arrested a suspected female child trafficker and her accomplice for alleged trafficking of a 15-year-old girl.

The suspected child trafficker simply identified as Madam Hauwa, allegedly brought her victim from Togo to Nigeria. The name of her accomplice is Bala Suleiman.

They revealed that the victim of the trafficking was taken from Togo to Nigeria to work as house-help.

Speaking with reporters in Ilorin, Kwara state capital, Executive Director, WOYODEV Mrs. Tosin Apiriola-Ajayi, and Spokesperson of another NGO, CPN-Kwara, Angela Okoye, said that the suspected child trafficker, identified as Madam Hauwa, was discovered to have been in
long time practice of bringing in children from neighbouring countries to work in Nigeria.

“She is in the habit of telling the children to abscond from those they work with before expiration of date on the contract and then sends them to another place to work,” she said.

Mrs. Apiriola-Ajayi also said that it was during the girl’s escape from her place of work that she got raped and impregnated by one Bala Suleiman on her way to Ilesha-Baruba to meet Madam Hauwa.

NSCDC has asked Bala Suleiman to foot the medical bill for the girl’s health and upkeep, pending when investigation on the matter is concluded, it was gathered.

Apiriola-Ajayi said: “On July 21, 2020, a case was brought to WOYODEV of a 15-year old girl name Mebuma Hammed (not real name) who was said to have been raped and now impregnated.

“The girl is said to be a Togolese who was brought to Kwara State by a woman named Hauwa who was into girl trafficking. Hauwa brings girls to Kwara and makes them work as maids in a particular place and ask them to abscond after less than three months after having collected money for a whole year from the guardian.

“On the night when Memuna (not real name) was raped, she was about traveling to Ilesha-Baruba where Hauwa stays following the usual trend. She got to the motor park only to find out that there were no more vehicles as it was already late at night.

“Confused that night, not knowing where else to go, she called Suleiman Bala who happens to be one of the workers who transport foodstuffs at the park. Bala came for her that night and advised that she sleeps over at his place before her take-off the next morning. She later got raped, according to her.

“In order to seek redress for her, the WOYODEV team reported the case to the Nigeria Security and Civil Defence Corps (NSCDC), where she was interviewed and a statement was written on her behalf by the WOYODEV’s Executives Director as the girl only had primary school education.

“The NSCDC gave an order for the arrest of Suleiman Bala after which he was brought to the station and interrogated. He admitted having sex with her and accepted the responsibility of her pregnancy but claimed ignorance of the fact that sex with a minor was rape. The parents of the victim are being expected to come from Togo to help conclude investigations before further steps would be taken.”