Wasted Lives: The Story Of 'Forgotten' Prisoners Arrested Since 2014 With No Trial


Many are illiterate, ignorant of their rights or even unaware of the official explanation as to why they have wound up in prison. 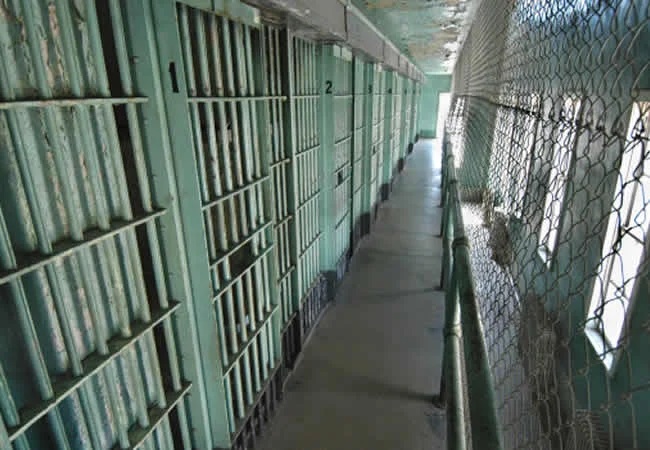 Junior and his friend Prosper were living in a room in a poor neighbourhood of Lagos when police raided their home in search of their landlord, a suspected car thief.

Unable to locate the suspect, the police arrested the two tenants, both then 21, accusing them of being accomplices in the theft.

Six years on, neither man has even appeared before a judge.

“The police asked for five million naira for the two boys,” a neighbourhood friend, Hassana Nurudeen, told AFP. “They don’t have this kind of money.”

Nurudeen, who has launched a social network campaign for their release, added: “Ever since, they’ve lived behind bars in a Lagos prison. Their life is wasted already.”

The two young men are among tens of thousands of people who languish in Nigerian jails, sometimes for years and in some cases for decades, without ever being convicted of anything.

Afropop singer Yinka Lawanson — stage name Lamboginny — has championed the cause of “forgotten” prisoners for nearly a decade, from when he gave a concert in a Lagos prison yard in 2011.

Without money or a court-appointed lawyer, suspects can disappear into the maw of the justice system with no hope of release, at the mercy of corrupt police or unscrupulous lawyers who cut deals with judges.

Many are illiterate, ignorant of their rights or even unaware of the official explanation as to why they have wound up in prison.

“Just because they can’t pay $100 bail, they are forgotten,” said Adedayo Ademuwagun, president of a grassroots campaign group called the Organisation for Civil Rights and Equal Protection, or Crepper.

Ademuwagun staged a sit-in outside the Lagos State High Court early last month, with about a dozen people taking part, to raise public awareness of the need for reform.

The coronavirus pandemic lent urgency to prison reforms launched in 2017, notably by turning a spotlight on overcrowding in the jails.

In April, President Muhammadu Buhari pressed for “urgent measures” to speed up trials and decongest prisons.

The justice ministry ordered courts to equip themselves to conduct “virtual hearings” — not a small feat in a country where even electricity is not a given, let alone internet connectivity.

In early May, a first trial by video link took place, with a man sentenced to death for murder after a three-hour hearing.

The speed with which the ruling was reached sparked questions over respect for defendants’ rights, but many civil society groups hailed the use of virtual hearings given the logjams plaguing the justice system.

Several of the 36 states have also taken steps to amnesty elderly inmates or those in poor health.

Late last month Justice Minister Abubakar Malami announced that more than 4,000 prisoners had been released across the country.

This is small comfort to the tens of thousands of people languishing in jail awaiting trial but is encouraging progress, said activist Segun Awosanya, who has a French handle — Sega L’éveilleur (Sega the Awakener) — on social media.

Malami has also called for prison sentences to be aligned to the crimes they are meant to punish, and for harmonised standards of punishment across the states.

Since May, suspects have no longer been jailed awaiting trial but placed under legal supervision except in the most serious cases.

The Achilles’ heel is lack of investment in staff training and helping inmates reintegrate into society, he said.

“Without that, reforms can’t be implemented on the ground.”