Buhari's Aide, Adesina Names The Only Person That Can Say 'No' To Obasanjo And Survive It


Femi Adesina stated this in a piece entitled ‘Buhari Applause for Akinwumi Adesina’. 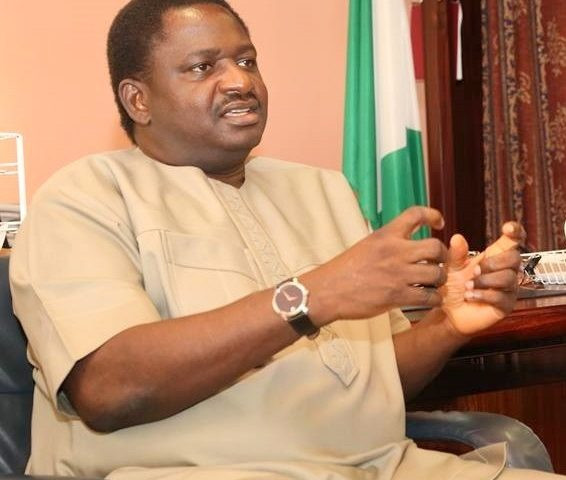 Femi Adesina, President Muhammadu Buhari’s Special Adviser on Media and Publicity, has said only his principal can confront former President, Olusegun Obasanjo and “survive it”.

Adesina stated this in a piece entitled ‘Buhari Applause for Akinwumi Adesina’.

He compared Obasanjo to “America and some other world powers”.

Buhari’s media aide wrote: “If America and some other world powers come after you, you have every right to shiver in the broiling sun.

“It’s like Chief Olusegun Obasanjo telling you to dismount from the horse of leadership in Nigeria.

“Only a Muhammadu Buhari can look him straight in the eyes, and say; No sir. And survive it.

Obasanjo and Buhari both ruled Nigeria as Military Head of States and Civilian Presidents.

However, Obasanjo has been critical of the current administration and was notably absent at the meeting of the National Council of State.