Messi, on Friday evening, confirmed that he had changed his mind and will remain a Barcelona player for the 2020/21 season. 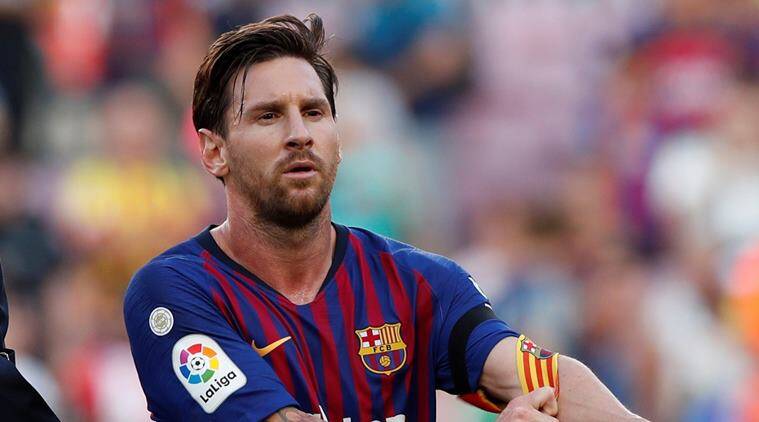 Lionel Messi, the Barcelona captain, has revealed that his whole family began crying when he told them he wanted to leave the Camp Nou club this summer.

The Argentine captain explained that it was a brutal drama, adding that his children didn’t want to leave Barcelona because they did not want to change schools.

Messi, on Friday evening, confirmed that he had changed his mind and will remain a Barcelona player for the 2020/21 season.

This comes after ten days of intense speculation, triggered by the Argentine’s fax to Barcelona, asking for his contract to be terminated.

Messi told Goal: “When I communicated my wish to leave to my wife and children, it was a brutal drama.

“The whole family began crying; my children didn’t want to leave Barcelona, nor did they want to change schools.

“My son, my family, they grew up here and are from here. There was nothing wrong with wanting to leave.

“My wife, with all the pain of her soul, supported and accompanied me.

“Mateo is still little, and he does not realise what it means to go somewhere else and make your life a few years elsewhere.

“Thiago, he is older. He heard something on TV and found out something and asked.

“I did not want him to know anything about being forced to leave, to have to live in a new school or make new friends.

“It was understandable. It happened to me. It’s very difficult to make a decision.”

“I love Barcelona, and I am not going to find a better place than here anywhere. Still, I have the right to decide,” Messi added.