The reality TV star was pictured all smiles today in the new photo that was shared on Twitter. 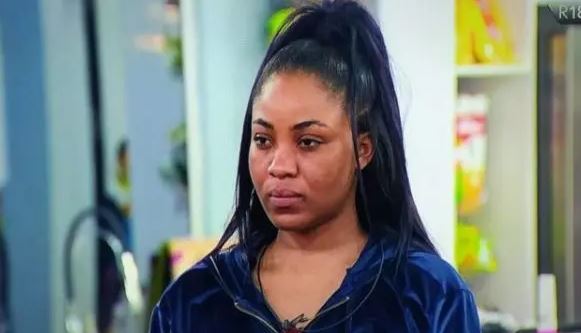 Erica Nlewedim, Big Brother Naija Lockdown housemate who was disqualified yesterday has been spotted outside her hotel building.

The reality TV star was pictured all smiles today in the new photo that was shared on Twitter.

The photo which was shared by a Twitter user, @thic-didi shows her rocking a black dress seated outside her hotel building.

According to the audio that was sent to a WhatsApp group, Erica allegedly got hospitalized after having a mental breakdown for being disqualified from the reality TV show.

The individual who sent the audio amidst tears, stated that she spoke with the production team of the show and they revealed that Erica had to be hospitalized following her breakdown and disqualification.

However, Erica’s management has now come out to refute the claims that she got hospitalized after suffering a mental breakdown in a recent tweet, they ask the public to disregard the WhatsApp audio, saying that Erica is hale and hearty.