Donald Trump has attacked Kamala Harris saying "people don't like her" and it would be "an insult" to the US if she becomes President. 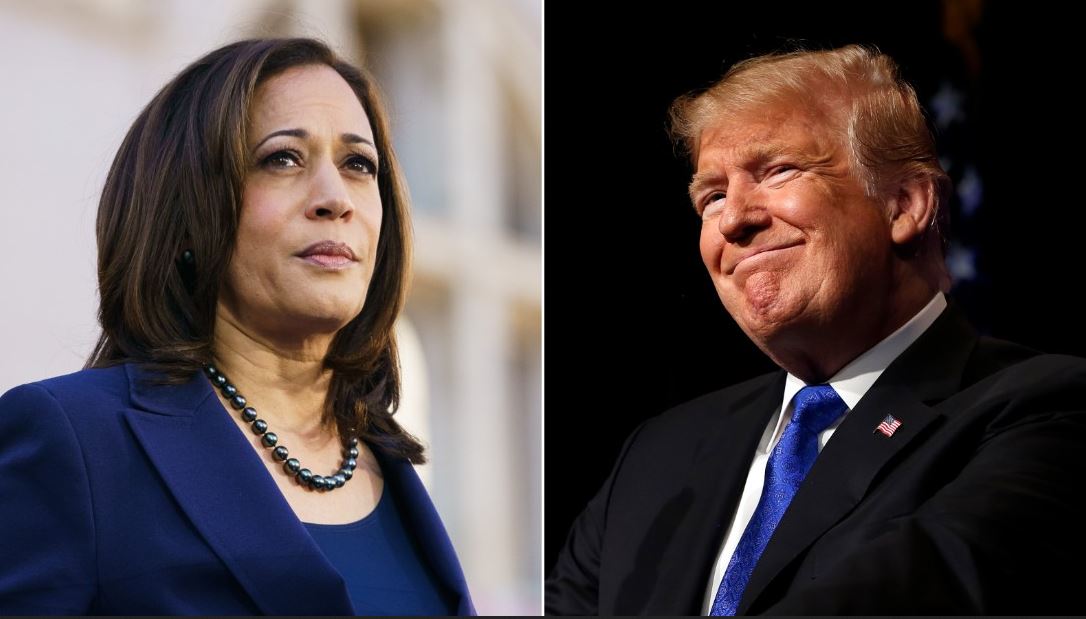 Donald Trump on Tuesday night, told his cheering supporters during a rally in North Carolina that 'the economy will collapse' if Joe Biden is elected in November, and that it will be an insult if Kamala Harris becomes the US' first female president.

Harris, who has black and Asian heritage, is on the ticket as Biden's vice-president pick, and with Biden's health an issue most political analysts say Harris might be the next president if Biden wins.

Speaking in Winston-Salem on Tuesday night, September 8, the president said;

"People don't like her. Nobody likes her. She could never be the first women president of the US. That would be an insult to our country,"

"Harris is talking about disparaging a vaccine so that people don't think the achievement was a great achievement," he said.

Further attacking Kamala Harris, Trump said that it was interesting that Democratic presidential candidate, Joe Biden picked her as his running mate in the upcoming elections even after she "left the race" to be the president.

'Biden's plan is to appease the domestic terrorists. My plan is to arrest them,' he said.

Trump said before China sent 'the plague' he was 'sailing through an easy election'.

"We signed a great trade deal (with China) but the ink was not dry when the plague (COVID-19) came in so I view that trade deal much differently than I did before," he added.

Trump vowed that, with him as president, 'US will live by the timeless words of our motto: in God we trust.'

He said that Biden was determined to unleash a culture war and rewrite America's history.

'You had a president who apologized for America,' he said, referencing Obama.

'Now you have a president who stands up for America.'

Huge cheers went up when he spoke about the fines he had introduced for defacing monuments and statues, in light of the George Floyd protests

'Joe Biden is weak, and he is always caving to China,' he said.

Referencing the border wall between Mexico and the Southern part of the US- a key 2016 campaign promise - Trump insisted Mexico was paying for it.

'Mexico is paying for the wall,' he said. 'Even though they don't say it.

'We're going to put a toll booth at the border. And maybe do something with remittances,' he said.

'We invested $2.5 trillion in the U.S. military and gave our great warriors a big pay rise.'

'You better elect me, North Carolina,' the president said, to chants of 'four more years'.