A woman has finally been blessed with four babies after waiting for 24 years to have them. 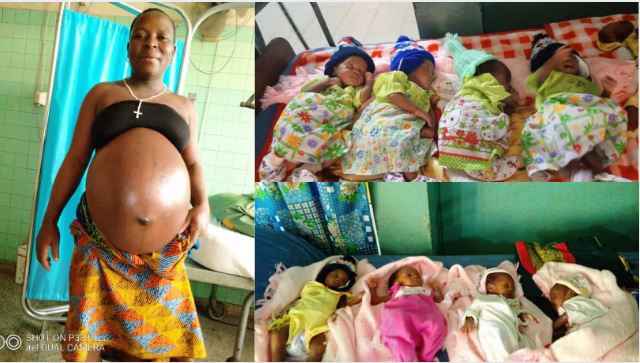 The woman gave birth after 24 years of waiting
A Nigerian woman has reportedly been left with unspeakable joy after delivering quadruplets.
It was gathered that she had waited for 24 years for the fruit of the womb.
The lady gave birth through Caesarean section at a Hospital in the Ikpoba Hill area of Benin State.
According to the individual who shared the photos, the midwife who operated on her, revealed that it was the woman’s first time being pregnant after being married for 24 years.
Top Stories