The wife petitioned the Court to dissolve her marriage after accusing her husband of stealing her underwear for ritual. 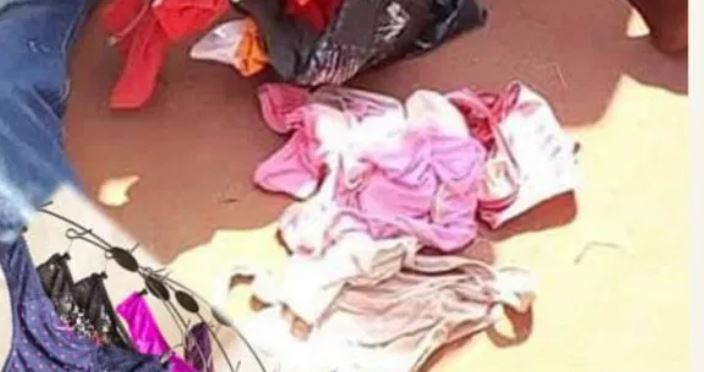 A Mapo Customary Court in Ibadan on Wednesday dissolved a marriage involving a trader, Sadia Abass, and her husband, Azeez, over a missing underwear.

Sadia had petitioned the Court to dissolve her marriage over allegations that he had stolen her underwear for ritual.

She told Chief Ademola Odunade, the President of the court, that she feared that her life might be in perpetual danger if she continued to live under the same roof “with a man planning to use me for something diabolic”.

Sadia added that her husband’s attitude had made the marriage “so miserable and unattractive to me”.

“When the ill-treatment reached its peak, I discovered that my underwear suddenly got missing. I checked everywhere but did not see it. He also denied ever seeing it.

“Three days later, the missing underwear resurfaced where I had checked over and over and I made him realise his evil intention toward me.

“Only God knows what would have happened or might still happen to me because I have made it clear to him that I will not continue with the relationship.

“Every now and then, she nags and packs in and out of the house,” Azeez alleged.

Odunade, in his judgement, held that there was no more love between the duo and pronounced the marriage dissolved “in the interest of peace and harmony”.

He granted custody of the only child produced by the union to the plaintiff, and ordered the defendant to pay N5,000 monthly for the child’s feeding, in addition to being responsible for his education and basic welfare.